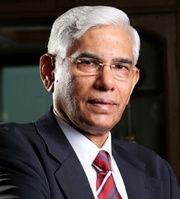 The chairman of the Banks Board Bureau (BBB) Vinod Rai has said that the board will, in the next fortnight, put in place a new ''intermediate mechanism'' that will provide some comfort to bank chiefs worried over their bad-loan resolutions.

Rai said the ''intermediate mechanism'' will ensure early resolution of the problem so that NPA resolution will not remain an unsolved problem.

The main purpose of this mechanism is to ensure that three years down the line the bank chiefs are not questioned over their resolution decisions by any external agency, Rai said at the 5th Banking and Finance Summit organised by the Confederation of Indian Industry, on Friday.

''We are putting in place an intermediate mechanism which will analyse some of the processes which would be triggered to settle the NPAs that the banks are carrying on their balance sheets,'' Vinod Rai, chairman of BBB told reporters on the sidelines of an industry event.

Banks at present are wary of accepting one-time settlements from debtor companies for fear of scrutiny by the CBI, CVC, and CAG, who may question their decisions a few years later.

Rai said the 'intermediate mechanism' is also intended to provide cover to bank chiefs in such circumstances -  to ensure that three years down the line bank chiefs are not questioned over their resolution decisions by any external agency, Rai said.

Speaking to newspersons later, Rai said the intermediate mechanism will be outside the BBB and differ from bank to bank. The modalities are ''still being thought through,'' he added.

He also said that the mechanism would only focus on the ''processes'' undertaken in resolving NPAs (non-performing assets) and not the pricing decisions, which would still be a commercial decision vested with the bank.

As regards joint lending and the regulatory aspects around it, Rai said that the Reserve Bank of India was working on more guidelines.

He expressed hope that the BBB's measures would help clean up the bad loans in banks' balance sheets.

Currently, the priority of the BBB is to fill vacancies and look at providing comfort to bank chiefs on their NPA-resolution decisions. Going forward, the Board is also likely to look at issues such as consolidation of banks.