After a three-year scrutiny, the main US banking regulator, the Federal Reserve, yesterday cleared the merger between M&T Bank Corp of New York and Hudson City Bancorp Inc of New Jersey, a deal valued at approximately $3.7 billion. 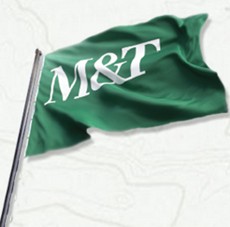 The move is expected to trigger further consolidation in the US banking sector, over which the regulators have been extremely cautious following the 2008-09 global financial crisis.

The deal, initiated in August 2012, has been held up by the regulator on concerns over the strength of M&T Bank's anti-laundering controls.

It is believed that M&T might have satisfied the Federal Reserve that it had built sound controls to identify suspicious fund movements.

Hudson City Bancorp is the holding company of its only subsidiary Hudson City Savings bank.

The purchase included $25 billion in deposits and $28 billion in loans and 135 branches in the New York metropolitan area of which 97 are in New Jersey, 29 in New York and 9 in Fairfield County and Connecticut.

The combination will create the 14th-biggest bank in the US with combined assets of around $132 billion.

M&T chairman and CEO Robert Wilmers said, ''We have reached this milestone thanks to the extremely hard working employees at M&T, and I am gratified by their commitment to strengthening and sustaining our risk and regulatory compliance programs as we position M&T for future growth.''

''We also thank the employees of Hudson City and the shareholders of both organisations for their patience as we have been doing this work,'' he added.

Under the terms of the deal, Hudson City shareholders will get a consideration valued at 0.08403 M&T share either in the form of stock or cash.

The transaction is expected to close by 1 November 2015, pending approval by the New York state department of financial services and other customary closing conditions.

Further to the merger, Hudson City's branches will continue to operate under the Hudson City name, as a division of M&T Bank, until they are converted into M&T's network.

''M&T will create a comprehensive banking franchise that provides a full range of checking and savings accounts, debit and credit cards, home equity and other lending options, investment and insurance services, small business and commercial banking services as well as our renowned wealth management and corporate trust solutions through Wilmington Trust,'' Wilmers said.

''When M&T approached us about a potential merger, we quickly realized that they had the business model we aspired to and that M&T could deploy it much more quickly for the benefit of our customers and the community,'' said Denis Salamone, chairman and chief executive officer of Hudson City.

Buffalo-headquartered M&T Bank Corp is a financial holding company having its principal banking subsidiary M&T Bank and Wilmington Trust NA. The bank operates offices in New York, Pennsylvania, Maryland, Virginia, West Virginia, Delaware and District of Columbia. The bank was the 6th largest small business administration lender in the US in the fiscal year 2014.