The government on Friday proposed a Rs70,000-crore recapitalisation plan for state-run banks over a period of four years, with infusion of Rs25,000-crore each in the first two years and the remaining Rs20,000 crore. 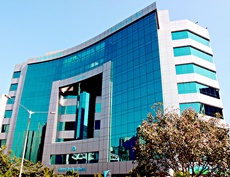 Government expects the fresh capitalisation to improve valuations of PSBs and unlock value from non-core assets as well as improve capital productivity, enabling banks to raise an additional Rs110,000 crore from the market.

However, finance minister Arun Jaitley said the government is committed to making extra budgetary provisions in FY18 and FY19, to ensure that PSBs remain adequately capitalised to support economic growth.

Of the Rs25,000 crore capital to be infused in the first tranche this year, about 40 per cent will be given to those banks which require support, and every single PSB will be brought to the level of at least 7.5 per cent by financial year 2016.

In the second tranche, 40 per cent of capital will be allocated to the top six big banks, viz, SBI, BoB, BoI, PNB, Canara Bank, and IDBI Bank, in order to strengthen them to play a vital role in the economy.

The finance minister said the PSBs are adequately capitalised and meet all the Basel III and RBI norms as of now.  However, the government wants to adequately capitalise all banks to keep a safe buffer over and above the minimum norms of Basel III.  The additional infusion is based on the banks' estimated capital requirements this year and in the next three years till FY19.

However, if the internal profit generation that would be available to PSBs (based on the estimate of average profit of the last three years), the capital requirement of extra capital for the next four years up to FY2019 is likely to be about Rs1,80,000 crore.

This estimate has been based on credit growth rate of 12 per cent for the current year and 12 to 15 per cent for the next three years depending on the size of the bank and their growth ability.  Alternatively, the development of a vibrant corporate debt market and greater participation by private sector banks will reduce the pressure on finances of public sector bank, according to the finance ministry.