South Africa's competition commission has initiated an investigation against several global banks for alleged price fixing in foreign currency transactions, following the footsteps of the regulators in the US, Britain and Switzerland. 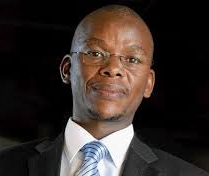 These banks, which are foreign currency traders, have allegedly been involved in fixing prices in relation to bids, offers and spreads in respect of spot, future and forwards currency trades in contravention of the country's competition laws, the competition commission said in a statement yesterday.

The collusion between the trading banks was carried out through electronic messaging platforms used for currency trading, which enabled them to charge an agreed price in currency exchange deals eliminating completion, it said.

Competition commissioner, Tembinkosi Bonakele said, ''Conduct of this nature distorts the price of foreign exchange and artificially inflates the cost of trading in foreign currency paired with the South African rand.''

The commission's investigation is focusing on trade in currency pairs involving the South African rand, whose daily value of trade ranges between 10 billion rand and 15 billion rand ($840 million to $1.26 billion), according to Reuters.

''Indications are that this conduct was prevalent offshore, but with this investigation we are sending a clear message that we will pursue cartels affecting South Africa wherever they take place,'' Bonakele further stated.

The South African probe follows similar investigations launched by other countries around the world two years ago on currency price rigging in the $5.3 trillion-a-day foreign exchange market.

Further to the ongoing investigations on at least 15 financial entities worldwide, the banking giants have suspended, sent on leave or fired several forex employees including a head of Citigroup's European forex trading, and according to media reports more could be implicated in the scandal.

Some of the world's biggest banks have been fined around $4.25 billion by the US, the UK and Swiss regulators last year for manipulating foreign exchange market.

After the announcement of the probe, Barclays Africa, the South African subsidiary of Barclays Plc, Standard Chartered and Investec said they would cooperate fully with the investigation.

The South African rand, which has fallen 43 per cent in the past three years, is currently traded at approximately 11.918 to a US dollar.

Upon completion of the probe, the competition commission can impose penalties on the violators and make recommendations to the country's competition tribunal which then adjudicates. The companies can then approach the appeal court.