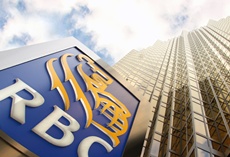 Under the terms of the agreement, City National shareholders will receive approximately $47.25 in cash and 0.7489 shares of RBC for each share they own, RBC said in a statement.

Based on the closing price of RBC share on 21 January of $62.16, the transaction is worth about $5.4 billion considering a valuation of $93.80 for each City National share.

Los Angeles-based City National, founded in 1954, is focused on high net worth and commercial clients across a number of largest and most attractive US metropolitan areas including New York, Los Angeles, the San Francisco Bay Area and Orange County.

It provides banking and investment services through 75 branches including 16 full-service regional centres.  City National occupies a leading position in the entertainment industry and has growing presence in technology and healthcare segments.

Yesterday, City National reported a record net income of $256 million in 2014, up 11 per cent from $230 million last year. The bank's assets at the end of December stood at $32.6 billion, with record loan balances of $20 billion.

Toronto-based RBC is one of the world's largest banks and a leading provider of diversified financial services in North America with a strong presence in the US. The bank's annual revenue is around $27 billion and it has approximately 78,000 employees, of which about 10 per cent are employed in the US.

RBC president and CEO Dave McKay said: ''In line with RBC's strategic goals, we believe this combination creates a powerful expansion platform for focused long-term growth in the country which we view as our second home market.''

''City National serves high net worth and commercial client segments in select high-growth markets, and represents a unique opportunity to complement and enhance our existing US businesses and product offering,'' he further stated.

RBC intends to combine its US wealth management unit with City National under the leadership of City National chairman and CEO Russel Goldsmith who was at its helm for almost two decades.

"We're very enthused about merging with RBC. It will deliver significant value to our shareholders along with the opportunity to participate in the future growth of RBC," Goldsmith said.

The acquisition is expected to widen RBC's offerings in private banking and wealth management to around 340,000 US households, and complement its capital market franchise in the US.

The transaction is expected to be accretive of RBC's earnings in the second year after completion.

The deal is expected to close in the fourth quarter of 2015 subject to receipt of required regulatory approvals and customary closing conditions.

Given it strong capital position RBC hopes to maintain its common equity tier 1 capital ratio at closing in line with its current level of around 9.9 per cent.