Representatives of banks and financial institutions have asked the Narendra Modi-led government to take insurance behemoth Life Insurance Corporation (LIC) public and bring down government holding in public sector banks to 51 per cent to make them more efficient. 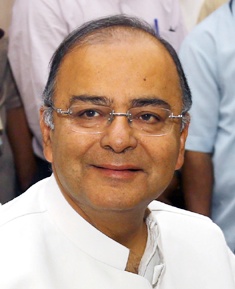 Banks also sought 100 per cent tax deduction on the provisions they make towards bad debt and the setting up of a dedicated asset reconstruction company (ARC) for infrastructure assets.

A case was also made for increasing the threshold limit for deduction of tax at source on interest on fixed deposits from the current level of Rs 10,000 to, say, Rs 20,000, in order to boost financial savings.

These are among the several suggestions that bankers gave to finance minister Arun Jaitley and minister of state Nirmala Sitharaman at a pre-budget meeting in New Delhi today.

In their pre-budget meeting with finance minister, representatives of the banks and financial Institutions sought early resolution of issues such as recapitalization of public sector banks, dilution of government ownership in public sector banks up to 51 per cent, implementation of recommendations of Naik Committee Report, removal of mismatch between asset liability and banks' balance sheets and a revision of the definition of priority sector lending among others.

They also sought continuation of interest subvention scheme for investment lending in agriculture sector, inclusion of about 6 lakh joint collaborative groups and about 72 lakh women self help groups (SHGs) promoted by NABARD in priority sector lending, and exemption of NABARD from service tax for service rendered to small farmers.

The setting up of a National Asset Management Company for dealing with NPAs of the banks would give the much-needed boost to priority sector lending, they pointed out.

Finance minister Arun Jaitley assured that the issues raised and suggestions made by different representatives of banks and financial institutions will be looked into in detail and will be duly considered.