All-woman bank opens in Lucknow, Mumbai and 5 other centres 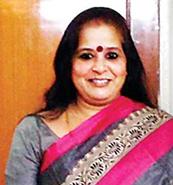 The prime minister also inaugurated the Mumbai branch, with an area of 5,000 sq ft, on the ground floor of Air India building at Nariman Point, in South Mumbai, at a function also attended by finance minister P Chidambaram.

The bank will initially have seven branches, at Mumbai, Chennai, Kolkata, Guwahati, Bangalore, Ahmedabad and Lucknow, to be followed by two other branches at Delhi and Indore.

The Delhi and Indore branches will be opened after the assembly polls in the states are over.

The Election Commission has allowed the launch of the much-hyped all-women bank but asked the government not to open branches or publicise it in poll-bound states.

The Lucknow branch, at a complex in front of the civil hospital, has an all woman staff of 10, officials said. It also has an ATM.

The Reserve Bank of India (RBI) gave its in-principle approval for the all-women bank, to be set up with an initial capital of Rs1,000 crore, in June. Last week, the government announced the appointment of Usha Ananthasubramanian as the bank's chairperson and managing director.

While the bank will focus on lending predominantly to women, there will be no restriction on account opening deposits by men. ''We welcome both men and women to open accounts with us but for loans there will be a positive bias towards women, said Usha Ananthasubramanian in an interview with CNBC- TV18.

She said the Bharatiya Mahila Bank will accept deposits as well as give loans from day one. It will lend to women or to businesses which are either managed by or make products for women. The bank will also offer loans for skill developments to help in economic activity.

The bank's products will also be designed in a manner to give a slight concession on loan rates to women, she said.