US prosecutors investigating the London interbank offered rate (Libor) scandal have added nine more major banks in their probe for their alleged role in the rate-fixing during the four-year period starting from 2005, Financial Times reported yesterday. 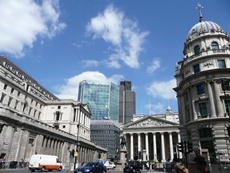 The banks have received subpoenas-a writ requiring appearance in court to give testimony-in connection with the possible manipulation of key benchmark interest rates, Financial Times said citing a person familiar with the investigation.

Although the subpoenas were issued in August and September, they haven't been reported earlier. Including the additional summoning, the total number of banks added to the probe has reached 16, bringing virtually all the banks involved in the panel that is involved in fixing Libor.

The investigation is being held jointly by the offices of New York attorney general Eric Schneiderman and Connecticut attorney general George Jepsen for the banks' alleged violations of antitrust and antifraud laws.

They will scrutinise whether the financial institutions colluded to fix the benchmark lending rates, that could have affected the borrowers, investors, and state agencies that invested in interest-rate swaps tied to Libor to manage their debts.