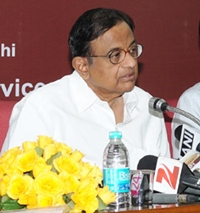 Finance minister P Chidambaram has urged state-run banks to increase lending for consumer durables in order to give a boost to manufacturing activity and give the much-needed booster to a slowing economy.

He said consumer lending is in the interest of banks themselves, as it would help them reduce non-performing assets to some extent. "Consumers must be encouraged to buy consumer durables," he said.

Speaking on the sidelines of a meeting with chairmen of public sector banks, Chidambaram said, "I think the point has been well taken by the banks."

However, the scope for consumer lending has been reduced by still-high lending rates. While most banks have reduced their base lending rates, these have been marginal considering industry and consumer expectations.

The finance minister has advised banks to lower interest rates on consumer loans so that demand picks up and along with it production and investment in the manufacturing sector.

Interest rates in India are among the highest in the world and there has been a chorus of demand for the Reserve Bank of India to lead banks to a low interest regime and support consumption demand.