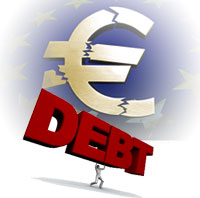 Moody's Investors Service yesterday cut the credit ratings of 15 of the world's largest banks, amid concerns over increased risks due to volatility in the capital markets heightened by the European debt crisis.

The downgrades measured one to three notches for the long term senior debt of these banks, which include five US, three British, three French, and two Swiss banks and one each from Germany and Canada.

Moody's managing director for global banking Greg Baur said, "All of the banks affected by today's actions have significant exposure to the volatility and risk of outsized losses inherent to capital markets activities."

"However, they also engage in other, often market leading business activities that are central to Moody's assessment of their credit profiles. These activities can provide important 'shock absorbers' that mitigate the potential volatility of capital markets operations, but they also present unique risks and challenges," Baur further said.

The three-notch downgrade of Credit Suisse, the only bank whose rating was cut to that extent, came as a surprise for the markets.

Moody's said that the action was primarily due to its high exposure to global capital market activities, the bank's large funding requirements, and relatively high historical earnings volatility. The downgrade comes a week after the Swiss central bank warned about weak capital levels of Credit Suisse.