Rewilding of environment must include future conservation ideas

Rewilding has potential to help address the current global biodiversity crisis, but its impact will be limited unless agreed definitions can be reached, backed by further scientific research and helped by a policy backdrop that enables greater integration with current environmental legislation. 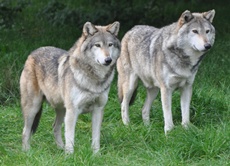 These are the key findings of a new study into the controversial technique, led by international conservation charity ZSL (Zoological Society of London) and published in the Journal of Applied Ecology.

Rewilding - a philosophy that aims to encourage greater diversity of wildlife through practices including land abandonment and reintroducing native species - has become increasingly fashionable amongst conservation commentators and policymakers in recent years.

However, this popularity has also led to increasing misunderstanding about what the term 'rewilding' actually involves, which in turn is limiting the potential for this technique to deliver positive impacts. In particular, the lack of a clear and agreed definition of the term has made it difficult to identify and address barriers to the integration of this thinking into government policy.

Scientists are now calling for key pieces of legislation concerning biodiversity, land-use, and conservation to be re-shaped to make it easier for innovative ideas like rewilding to be included.

Lead author Nathalie Pettorelli from ZSL's Institute of Zoology says, "To date, conservation efforts have focused mainly on restoring ecosystems to their historic state, with the aim of preserving particular wildlife populations and habitats. However, the extent of global environmental change is now driving some ecosystems beyond their limits, meaning that for these systems restoration is no longer an option.

"Rewilding provides a fresh perspective on the way forward for conservation in these situations, with its emphasis on minimal human interventions rather than sustained involvement, and focus on natural processes and functions. In the face of the current loss of biodiversity, rewilding urgently needs to be added to our arsenal of solutions - but for this to happen, governments around the world need to revise existing legislation to facilitate its inclusion."

The ZSL-led study details a number of priority areas where further scientific research has potential to reinforce the case for rewilding. These include setting better-informed targets for the recovery of ecosystems; accepting some level of risk due to the inherent unpredictability of ecological outcomes; realistically evaluating costs and benefits; and understanding the potential social impacts of rewilding initiatives. Finally, the study's authors are calling for long-term, practical and scientifically sound monitoring of these projects to ensure progress against goals.

Co-author Johan du Toit of Utah State University (USU) adds, "It is important for policy-makers to understand that rewilding can do for damaged ecosystems what repairing does for broken machinery. Sustained functionality is the aim and to achieve that might require some replacement, reorganization, or even substitution of parts."