The Supreme Court on Thursday extended the ban on registration of diesel vehicles with engine capacity of 2,000 cc or more in the Delhi National Capital Region till further orders, keeping the operations of carmakers in uncertainty. 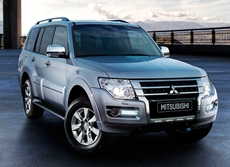 The court said it would devote a Saturday (date not decided) to hear all parties concerned before passing an order.

The decision will have an adverse impact on companies such as Toyota, Mercedes, Jaguar Land Rover and Tata Motors, which are already hurting from the ban.

The impact of the ban will not be limited to sales. Luxury carmaker Mercedes has warned that if the ban continued, it could lead to job losses at its dealerships and the manufacturing plant in Chakan, Maharashtra.

Mercedes had also pointed out when the ban was first imposed that it would not achieve its aim of improving air quality as carmakers would simply start making engines of marginally smaller capacity, of say 1,999 cc, to bypass the ban. Some carmakers have already done this.

India's largest utility vehicle maker Mahindra & Mahindra has come out with a 1,990cc diesel engine for vehicles in the NCR. The new engine launched in January has taken care of its NCR dealers who are able to sell models like Scorpio and XUV500. Mercedes was the worst hit among luxury car makers since its entire diesel vehicle range is impacted.

The December 2015 order of the court had imposed a three-month ban, effective till Thursday.

The court heard the manufacturers, who sought a modification of the last order on several grounds, claiming diesel vehicles complied with the emission norms.

The counsel for Mercedes and Tata, C A Sundaram, argued diesel was less polluting than petrol. He also submitted that diesel vehicles such Sumo or Innova were not luxury cars and carried more people, and therefore did not harm the environment very much.

'Only for show-offs'
When the counsel insisted that diesel vehicles are fuel efficient, the judges said that savings per kilometre did not matter to those who go for luxury vehicles. ''What classes are buying these vehicles? They are the super-rich, corporate houses and those who want to show off their wealth.  Why should they be allowed to make others' life miserable?'' the bench asked. The court asked the diesel car manufacturers to bring data to prove their claim.

The counsel for Tata Motors wanted the court to clarify that the ban does not cover heavy and medium commercial vehicles as transport authorities are refusing to register them.

The court was also in favour of imposing a compensatory cess/charge on luxury diesel vehicles. In response to the submission by automakers that the Union Budget had introduced infrastructure cess (of four per cent) on vehicles above 1,500 cc, Chief Justice T S Thakur pointed out that that levy covered roads and not the environment.

There should be a compensatory charge on luxury diesel vehicles, which is different from the infrastructure levy, he said, pointing out that there should be a congestion charge also to discourage luxury vehicles.

Luxury car maker Mercedes-Benz is perhaps hardest hit by the ban. Seventy per cent of Mercedes' sales volume is diesel-driven and Delhi is a significant market, accounting for about 15 per cent of its sales. The largest luxury car player convinced its dealers outside the NCR to give up their allocations of petrol to be made available for NCR dealers. That has worked to a certain extent.

Toyota, however, has suffered since its two popular models - Innova and Fortuner - have not been sold in the NCR for over 100 days now. It has seen double-digit decline in monthly sales after the ban. Toyota plans to launch petrol variants of the Innova.

Companies refused to comment on the Supreme Court's decision as they are awaiting the order.

The industry is preparing for the next hearing, though the court does not seem to be in any mood relent. ''We will prepare for the next hearing and put forth the arguments in favour of diesel. Diesel is not a polluting fuel and you cannot compare it with petrol cars. The price of a diesel car and the taxes imposed are higher than petrol cars,'' said Vishnu Mathur, director general, Society of Indian Automobile Manufacturers.

Extra levy
The court also suggested a charge of 25 to 30 per cent on the cost of the vehicles to neutralise the advantage now enjoyed by diesel car owners in terms of fuel price.  The judges urged the authorities to devise a formula keeping in view the public interest in this matter.

''It is your city, and all of us breathe the air. Help us to reach a reasonable conclusion. This model may be followed in other cities,'' the judges observed.

It is not only in Delhi that diesel vehicle manufacturers are at risk. Bihar recently proposed a ban on diesel vehicles. The auto industry's investments in diesel will be at risk if the other states also look at similar measures.