The Imran Khan government in Pakistan has decided to scrap a major coal-based power project under the $60 billion China-Pakistan Economic Corridor, as enough generation capacity has been built under the bilateral economic cooperation initiative. 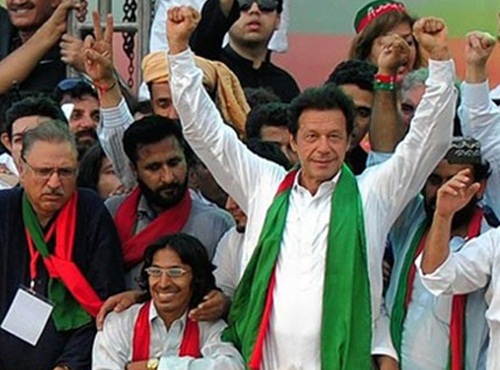 Pakistan government has officially requested its Chinese friends to formally delete the project from the CPEC list, after Chinese investments under the China-Pakistan Economic Corridor (CPEC) reached $26.5 billion, according to Pakistan media reports.
Pakistan will have to pay $39.83 billion to China in 20 years in repayments of debt and dividends on the $28.43 bn CPEC investment, according to a report in the Express Tribune.
This means that $11.4 billion will have to be paid in the shape of dividends to the investors, according to official estimates.
The decision to scrap the 1,320 MW Rahim Yar Khan power project was taken at the 8th Joint Coordination Committee (JCC) meeting held last month.
The Pakistan Tehreek-i-Insaf (PTI) government of prime minister Imran Khan is reported to have officially conveyed to Beijing that it was no more interested in the project, the Dawn reported.
Pakistani delegation led by minister for planning and development Makhdoom Khusro Bakhtyar "proposed to remove the Rahim Yar Khan imported fuel power plant (1,320MW) from the CPEC list, in order to provide structure optimisation space for the subsequent power market of Pakistan," the report quoted an official from the minutes of the 20 December meeting.
The earlier government of Pakistan Muslim League-Nawaz (PML-N) had pushed for construction of the 1,320 MW Rahim Yar Khan power project under the CPEC, which would have left Pakistan in a capacity trap, according to reports.
The CPEC, which connects Gwadar Port in Balochistan with China's Xinjiang province, is the flagship project of Chinese president Xi Jinping's ambitious Belt and Road Initiative (BRI).
The Pakistan government, which is already in a debt trap and is finding it difficult to meet budget requirements, is looking at ways to lessen the burden of the CPEC projects by alternative investments.
The Imran Khan government has sought investments from Saudi Arabia to offset the impact of Chinese investments and the latter is reported to have agreed to set up a $10 billion oil refinery near the deepwater port of Gwadar, bein developed by China.
Pakistan is also seeking financial support to tackle a soaring current account deficit caused partly by rising oil prices. Last year, Saudi Arabia offered Pakistan a $6 billion package that included help to finance crude imports.
With a ban on fuel imports notified as early as June 2016, any addition of thermal power capacity would have been unviable and the Rahim Yar Khan and Muzaffargarh coal-based plants were already out of the CPEC priority list, reports said.
The project was included again in the priority list in subsequent CPEC negotiations following pressure from Punjab government that had pushed for revival of the plant, say officials.
In fact, the wrangling saw the unceremonious removal of the then power secretary and head of the National Transmission Company.
The Imran Khan government is reported to be planning to remove nearly 400 "politically motivated" projects from the CPEC portfolio and these will come up for review later this month.
However, the $8.2 billion Mainline-I Project of Pakistan Railways is expected to be taken up for implementation in the next few years.
MORE REPORTS