Bangladesh Prime Minister Sheikh Hasina has won the general elections with a landslide mandate on Sunday, extending her tem as the country’s prime minister for a third straight time. 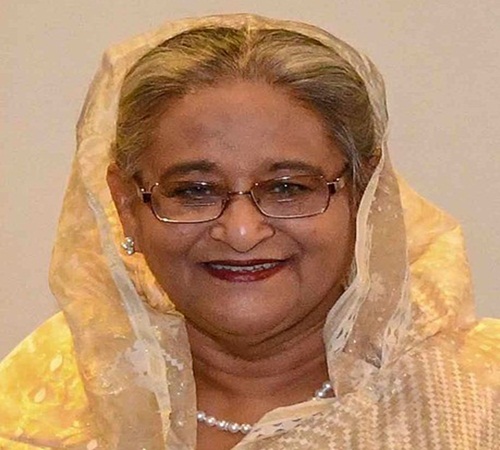 Hasina’s Awami League, which has been in power for a decade, won almost all the seats in parliament, while the opposition rejected the result as rigged and called for a fresh vote.
Hasina won the election on the strength of her efforts to improve the economy and development activities, even as opposition and hardliners accuse her government of rights abuses, a crackdown on media and suppressing dissent.
The alliance led by Awami League won 287 of the 298 seats for which results have been declared, the Election Commission said, though it added it was investigating allegations of vote rigging from “across the country”.
The main opposition Bangladesh Nationalist Party (BNP), which had boycotted the last general election in 2014, won just six seats this time.
BNP leader and Hasina’s arch rival Khaleda Zia, a former prime minister who was jailed in February on corruption charges, culd not campaign for her party this time.
Opposition leader Kamal Hossain said their alliance, the National Unity Front, led by the BNP, had called on the Election Commission to order a fresh vote under a neutral administration “as soon as possible”, saying the vote was flawed.
The government has rejected similar opposition demands in the past, and was likely to dismiss this one too.
At least 17 people were killed during the vote, police said, after a violent campaign in which the opposition alleged the government denied it a level playing field.
MORE REPORTS