US sanctions on Iran and its cascading effect on India

While India's official stand is that it  'follows only UN sanctions, and not unilateral sanctions by any country',  the oil ministry has nonetheless asked refiners to drastically reduce or end import of Iranian oil by the US-set deadline of 4 November. A better option might be to revive the credit and rupee-rial payment mechanisms that were used earlier, says  Abhishek Bansal, founder and chairman, ABans Group 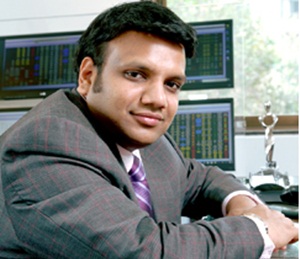 India and Iran have been trade partners since 15th March 1950. It was only during the Cold War that they temporarily parted ways; however, normalcy was restored in 1979.  Despite this, Iran’s continuous support to Pakistan and India’s support to Iraq during the Iran-Iraq war affected the relations. In the 1990s, India and Iran supported the Northern Alliance in Afghanistan against the Taliban regime. They continued to collaborate by supporting the broad-based anti-Taliban government led by Ashraf Ghani and backed by the United States. The two countries signed a defence co-operation agreement in December 2002.

From the economic perspective, Iran is the second largest supplier of crude oil to India. India imports more than 16 per cent of its oil requirements from Iran and consequently India is one of the largest foreign investors in Iran's oil and gas industry. Indian Oil Corporation, Mangalore Refineries and Petrochemicals Ltd. and Nayara Energy are the top three Indian buyers of Iranian oil.
In latest developments, the United States urged fellow UN Security Council members to punish Iran for "malign behaviour" in West Asia, at a meeting on implementation of the 2015 nuclear deal with Tehran.
US President Donald Trump in May said his administration was withdrawing from the “defective” nuclear deal agreed between Iran and six world powers in July 2015 ; this was aimed at curbing Tehran’s nuclear capabilities in exchange for the lifting of some sanctions. President Trump ordered the re-imposition of US sanctions against Tehran that were suspended under the accord.
Immediately after President Trump’s announcement, European leaders came out against America’s unilateral actions and encouraged European businesses to continue to do business with Iran as long as Iran continues to apparently adhere to the terms of the JCPOA (Nuclear deal). India, a major importer of Iranian oil, declared that it “follows only U.N. sanctions, and not unilateral sanctions by any country.”
European countries have been attempting to negotiate exemptions for their firms, but the official confirmed that President Trump intends to stick to his deadline.
Many larger companies are planning to exit from Iran, after the US threat to protect their business interests with the US, the top companies being Total, Maersk, Peugeot, GE, Honeywell, Boeing, Lukoil, Reliance Industries, Dover and Siemens.
As per the official stand, India has said it does not recognise unilateral restrictions imposed by the US, but instead follows UN sanctions. The oil ministry asked refiners for a drastic reduction or zero import of Iranian oil from November.
During the previous round of sanctions, India was one of the few countries that continued to buy Iranian oil, although it had to reduce imports as shipping, insurance and banking channels were choked due to the European and US sanctions.
After the latest developments, the US and India haven’t had any conversation yet on possible exemptions but officials believe that the door for negotiations is still open despite strong words from the US recently to eliminate oil import from Iran.
Indian and US officials are likely to meet this month to figure out the implications of the Iran sanctions for India. There are some hints from the US of possible exemptions to purchase a reduced quantity of oil from Iran.
In response to the US sanctions, Iran has said that it will allow private companies to export crude oil to counter Washington's bid in stemming its exports. Iran is looking at ways to keep exporting oil after US President Donald Trump's administration threatened to impose sanctions on Iran's business partners if they do not cut Iranian oil imports to "zero" by November 4 in an attempt to further isolate Tehran politically and economically. Iran possesses the second-largest gas reserves on the planet after Russia and the fourth-largest oil supplies, while Saudi Arabia is the world's biggest oil exporter.
Amid mounting pressure from the US, India has to protect its interests and further serve the national interests. It is therefore bound to follow and revive its rupee payment mechanism for crude imports from Iran.
A similar policy was adopted by the Indian government during US sanctions imposed earlier, but those were lifted in 2015.  Iran is the second largest supplier to India. Over $11 billion of trade is done on account of crude from Iran to India and the country is left with only the following options, which are Credit Mechanism and Rupee Payment Mechanism. The Rupee-Rial payment mechanism was already in place before 2015 and the Government of India will be re-looking into this as long as both countries have long term ties in terms of business relations.
MORE REPORTS