Asserting that Balochistan has always been a nation and existed even before the formation of Pakistan, exiled Baloch leader, the Khan of Kalat Amir Ahmed Suleman Daud, has said his adherents are considering forming a government in exile. 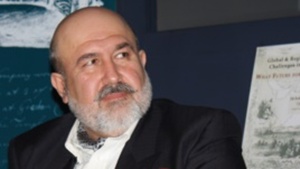 In an interview to ANI in Geneva, Daud said that the formation of a government in exile is possible.

"We will talk to the Baloch people. Balochistan is a nation and there are many tribals included too. There are no differences among the Baloch people. It is a big nation and we will consult with all stakeholders, and if god wishes with talks, some day we are working on the formation an exiled government. We are thinking it. It is possible and there is no doubt about it," Daud said.

On being asked how the exiled government was going to be formed, the 35th Khan of Kalat said that the Baloch people will go around the world lobbying for the cause and with enough support the government will be set up.

He also insisted that Balochistan is a reality and the proof of its existence is with the British.

Refuting the claims that Balochistan belongs to Pakistan, Daud talked about the history of his nation and how Islamabad annexed it with the help of its military.

"Balochistan was free for nine months (after Pakistan's independence) and later a council meeting was initiated. Many sardars and nawabs attended the meeting, but the Khans were not present. Balochistan has upper and lower houses which rejected being part of Pakistan. Pakistan made three states and later sent their army troops. And finally on 28 August, Khalat Balochistan was annexed," he said.

Maintaining that Pakistan was only formed after Partition in 1947, and Balochistan existed before it, he said that there was no history of Islamabad, adding previously all of it was Punjab and Sindh.

He added Sindh was governed by Bombay and Punjab was a part of New Delhi.

"Now, Pakistan is conducting operations in Balochistan. They are doing it in Sindh, Karachi and bordering areas and FATA and Punjab is only left. In FATA, if you see in the last few years, hundreds of tribals were killed and they have been named as separatists and extremists. In the same way, if you see in Balochistan there is a kill and dump policy. People are missing, houses are being burnt. Women, children and old people are being killed. What are all these? This is their frustration," he said.