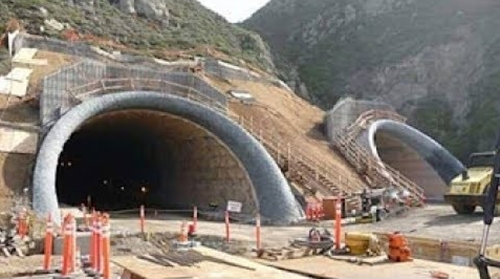 The strategic project for building Asia’s longest bi-directional tunnel, which will provide all-weather connectivity to Srinagar, will be finished within five years.

“Zojila project will be completed in five years, but I have asked the concerned ministry to look into ways to reduce the time for completion of this project,” Modi said. “It (tunnel) will lead to all-round economic and socio-cultural integration of these regions. It also has immense strategic importance,” he added.

Modi attended the commencement of work on Zojila tunnel on the Srinagar-Leh National Highway at an event in Jive-tsal in Leh. He also laid the foundation stone for Srinagar Ring Road and Jammu Ring Road at separate events at Sher-e-Kashmir International Conference Centre (SKICC), Srinagar and at General Zorawar Singh Auditorium in Jammu the same day.

The 14-km-long Zojila tunnel will be India’s longest road tunnel and Asia’s longest bi-directional tunnel. The Cabinet Committee on Economic Affairs, chaired by Prime Minister Narendra Modi had approved the  construction, operation and maintenance of this 2-lane bi-directional tunnel with parallel escape (egress) tunnel between Baltal and Minamarg on the Srinagar-Leh section of  NH-1A at a total cost of Rs6,800 crore earlier this year.

The construction of this tunnel will provide all weather connectivity among Srinagar, Kargil and Leh. This route remains snow-bound for a large part of the year, and is ravaged by frequent avalanches. As a result, road connection to places in the Laddakh region stands disrupted for long periods, preventing even essential supplies from reaching people, shutting down businesses, affecting healthcare and education.

The tunnel will bring relief to the people of this region by providing all weather connectivity. It will also cut down the time taken to cross the Zojila pass from thre and a half hours to just 15 minutes, besides making the drive much safer and convenient.

The construction of the tunnel is expected to bring about all round economic and socio-cultural integration of these regions. In addition to direct jobs generated during construction, it will also lead to massive indirect and spinoff jobs due to acceleration of economic growth.

The Zojila tunnel has been planned as a smart tunnel with the latest safety features like fully transverse ventilation system, uninterrupted power supply (UPS), tunnel emergency lighting, CCTV monitoring, variable message signs (VMS), traffic logging equipment, over height vehicle detection, tunnel radio system, etc.  It will have pedestrian crossing passages every 250 metres and motorable cross passages and lay-bys every 750 metres.  It will have emergency telephones and fire-fighting cabinets at every 125 meters.

The ring roads at Srinagar and Jammu are aimed at reducing traffic congestion at these cities and making road travel safer, faster, more convenient and more environment friendly.

The 42.1 km, four-lane Srinagar Ring Road will link Galandar in West Srinagar to Sumbal. Being built at a cost of Rs1,860 crore, this road will provide a new route from Srinagar to Kargil and Leh, and reduce travel time. There will be a major bridge, three flyovers, 23 tunnels and 2 via-ducts on this route.