The performance audit report of the Pradhan Mantri Gram Sadak Yojana (PMGSY), tabled in parliament by the Comptroller and Auditor General of India today, has highlighted several irregularities, ranging from flouting of planning procedures, poor quality control, diversion of funds, extension of undue benefits to contractors, showing road connectivity where there is none, not providing roads to eligible habitations, and pathetic maintenance of roads. 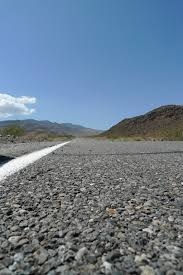 The PMGSY, a Centrally- sponsored scheme to build rural road connectivity, was launched in December 2000.

The present performance audit, carried out by the CAG, reviews the implementation of the programme from April 2010 to March 2015, during which time Rs63,877.78 crore had been spent by states.

It covers a sample of 4,417 works, involving Rs7.734.93 crore, in 176 districts of 29 states. According to the report, 19 states, including Bihar, Uttar Pradesh, Gujarat and Rajasthan, showed unconnected habitations as connected, while excluding eligible habitations from road projects.

In as many as 26 states, 4,496 works were delayed, with the delay period ranging from one month to 10 years.

The CAG found nine states, including Uttar Pradesh, Karnakata and Gujarat, guilty of building roads to connect habitations that were already connected, with 31 habitations getting multiple connectivity at a cost of Rs29.49 crore.

In the case of seven states, which again includes Bihar and Gujarat apart from Tamil Nadu and West Bengal, 73 road works, executed at a cost of Rs120 crore, were shown as completed though they did not provide complete connectivity to targeted areas.

Five states, including Tamil Nadu, Kerala, and Uttarakhand, diverted funds to ''inadmissible items'' such as payment of salaries and purchase or construction of buildings.

According to the rural development ministry, as of March 2015, out of 1.78 lakh eligible habitations, 1.09 lakh habitations had been provided with all-weather road connectivity.

The Public Accounts Committee of the 14th Lok Sabha had recommended that, given the various quality control and monitoring deficiencies, social audit (as included in the MGNREGA scheme) be incorporated in the PMGSY. But the rural development ministry is yet to include it in the programme guidelines, notes the audit report.

The total money spent under PMGSY until March 2015 was Rs1,25,517.9 crore. The top five recipients of funds under this program were Bihar, Madhya Pradesh, Odisha, Uttar Pradesh and Rajasthan, which together accounted for 50.26 per cent % of all expenditure across India up to March 2015.