Presenting the first ever digital Union Budget, minister of finance and corporate affairs Nirmala Sitharaman stated that India’s fight against Covid-19 continues into 2021 and that this moment in history, when the political, economic, and strategic relations in the post-Covid world are changing, is the dawn of a new era – one in which India is well-poised to truly be the land of promise and hope. 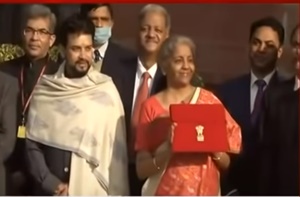