The Second National Judicial Pay Commission, set up to recommend  revised pay scales, including basic pay, pension and allowances, for judicial officials, has recommended adoption of a pay matrix that is 2.81 times more than the existing payments. 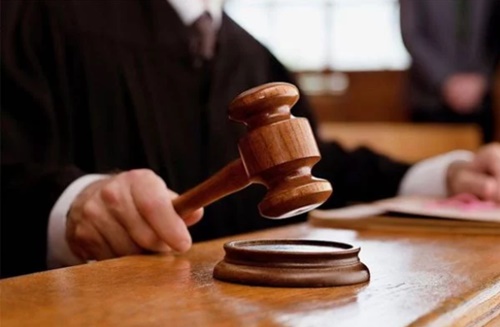 The Commission, having considered various alternative methodologies, has recommended the adoption of a pay matrix which has been drawn up by applying the multiplier of 2.81 to the existing pay, commensurate with the percentage of increase of pay of High Court Judges at the rate of a 3 per cent cumulative.
As per the revised pay structure evolved by the Commission, a Junior Civil Judge/First Class Magistrate whose staring pay is Rs27,700 will now get Rs77,840. The next higher post of Senior Civil Judge starts with the pay of Rs1,11,000 and that of the District Judge Rs1,44,840. The highest pay which a District Judge (STS) will get is Rs2,24,100.
The percentage of Selection Grade and Super Time Scale District Judges proposed to be increased by 10 per cent and 5 per cent, respectively.
The revised pay and pension will be effective from 1 1 2016. Arrears will be paid during the calendar year 2020 after adjusting the interim relief.
Pension will be calculated at 50 per cent of last drawn pay, worked out on the basis of proposed revised pay scales, is recommended with effect from 1, 1, 2016.  The family pension will be 30 per cent of the last drawn pay.  Additional quantum of pension will commence on completing the age of 75 years (instead of 80 years) and percentages at various stages thereafter are increased.  The existing ceiling of retirement gratuity and death gratuity will be increased by 25 per cent when the DA reaches 50 per cent.
Nodal officers will be nominated by the District Judges to assist the pensioners/family pensioners.
Recommendation has been made to discontinue the New Pension Scheme (NPS), which is being applied to those entering service during or after 2004.  The old pension system, which is more beneficial, will be revived.
The existing allowances have been suitably increased and certain new features have been added. However, the CCA is proposed to be discontinued.
Recommendations are made to improve medical facilities and to simplify the reimbursement procedure. Medical facilities will be granted to pensioners and family pensioners also.
Certain new allowances, viz, children’s education allowance, home orderly allowances, transport allowance in lieu of pool car facility, have been proposed.  HRA is proposed to be increased uniformly in all states. Steps to ensure proper maintenance of official quarters has also been recommended.
The recommendations made by the commission are applicable to the judicial officers throughout the country.
Supreme Court will have to issue directions regarding the implementation of recommendations after hearing the stakeholders.
MORE REPORTS