Centre to restore J&K temples and schools vandalised by terrorists

The Narendra Modi-led government at the centre has set up a committee to conduct a survey for all temples that were destroyed, or idols that were defaced, in order to reopen them. The committee will also take stock of the schools and cinema theatres that were shut down under cover of Article 370, that now stand abrogated. 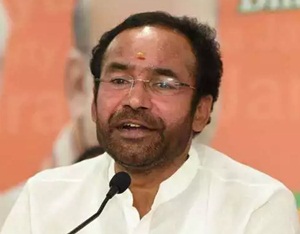 According to reports, around 50,000 temples were closed or idols were destroyed or defaced in Jammu and Kashmir in the wake of the Pakistan-sponsored reign of terror in the state while several temples were forced to close.
Terrorists also forced closure of several schools and cinema theatres, union minister of state for home affairs G Kishan Reddy said while addressing a press conference in Bengaluru on Monday.
“Around 50,000 temples were closed over the years, of which some were destroyed, and idols were defaced. We have ordered a survey of such temples,” the minister said.
He, however, refused to clarify whether the survey has been ordered to reopen or re-build all the closed or destroyed temples. When asked about the existence of 50,000 temples in the Valley, the minister said: “Yes, there are 50,000 temples including villages…and almost all of them have been closed.” When asked whether the government would re-open all of them, the minister while nodding his head said: ”We are conducting a survey — how many temples were there, of which how many of them are open, how many of them have been destroyed. We are doing a survey of all schools, temples and cinema theatres that are not open and working.”
In October 2012, the Jammu and Kashmir government run by Congress-NC had claimed that only 208 temples were damaged in the Valley. In a written reply to the state assembly in response to the question by a BJP MLA, the state government said that there were 438 temples in the Valley and out of these “208 had been damaged over the years”. It said that 57 temples were damaged in Srinagar, followed by Anantnag where 56 temples were damaged. However, the Kashmiri Pandits, who were driven out of their homes in the peak of militancy, claim that thousands of temples have been destroyed since the 1990s.
The centre had claimed that a large section of people was being subjected to injustices due to the special status that Article 370 bestowed on the state. The state government also did not allow schemes meant for the rest of India to be implemented in the state taking cover of the special status.
Arguing that Article 370 was always a temporary measure, the centre decided to divide the state of Jammu and Kashmir into two union territories – Jammu and Kashmir, and Ladakh — putting the region under direct control of the central government.
"There is abundant government land available so those want to invest do not need to purchase lands. We will give them government land so that they can open institutions there. In the state, we are employing 5 people from every village on government posts. Army, Navy and Air Force are also planning recruitment drive. In Jammu and Kashmir, we are planning to open universities. We have decided to encourage tourism," he said.
The minister also said that an Anti-corruption Bureau unit has been established in the state that will investigate into the money given by the centre to previous Jammu and Kashmir government but were not spent. Crores of rupees have been given by the centre to J&K government but they weren't spent. ACB will start an investigation into it," he said.
He further said that the entire nation, including Pakistan-Occupied Kashmir, is on the government's agenda. "The home minister and defence minister have already cautioned Pakistan and terrorists. But we are very much alert about it. The entire nation, including POK is on our agenda. We will sacrifice our life if required for the PoK," he said.
MORE REPORTS