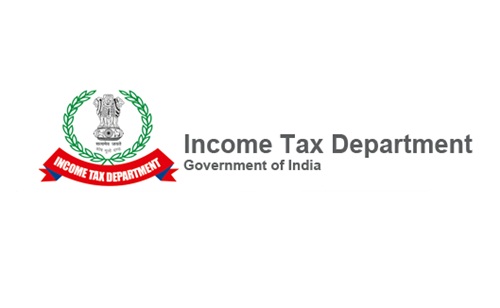 A list of officials submitted by the finance ministry include: Ram Kumar Bhargawa (Assistant Commissioner, Lucknow), Alok Kumar Mitra (Commissioner, Kochi), Sanjay Kumar Srivastava (Commissioner, Noida), Arulappa B (Commissioner, Kochi), Ajoy Kumar Singh (Commissioner, Kolkata), B B Rajendra Prasad (Commissioner, Gujarat), Homi Rajvansh (Commissioner, Tamil Nadu), Swetabh Suman (Commissioner-under suspension, Guwahati), Andasu Ravindar (Additional Commissioner, Bhuwaneshwar), Vivek Batra (Additional Commissioner, Tamil Nadu), Ashok Kumar Aggarwal (Joint Commissioner, New Delhi) and Chander Sain Bharti (Additional Commissioner, Allahabad).
The President will issue retirement orders to these officials by the afternoon.
A finance ministry order issued in the afternoon today quoted clause J of rule 56 of the Fundamental Rules, based on which the President retires these officials with immediate effect.
The particular rule covers Group ‘A & B’ officers who entered service before 35 years of age and have attained 50 years of age.
The order is based on a quarterly review of the performance of officials and employees facing serious allegation of corruption.
If the review committee finds allegations true, then it recommends compulsory retirement and then the order is signed by the President.
The compulsory retired officials will be paid a sum equivalent to the amount of pay and allowances for a period of thee months calculated at the same rate at which he/she was supposed to be drawing immediately before retirement.
Such an action is considered as penalty and the government believes that it will act as deterrent for others. At present retirement age is 60 years. Loss of 10 years of service means loss in terms of the benefits and perks for that period and loss of honour for whole life.
According to sources, allegations against officials, retired compulsorily, are very serious. These include serious complaints of extortion from businessmen accused of helping the alleged Godman Chandraswami against Ashok Aggarwal.
S K Srivastava is accused of sexual harassment of two lady IRS officers of the ranh of commissioner.
Homi Rajvansh is alleged to have acquired assets worth over Rs3 crore through corrupt and illegal practices while B B Rajendra Prasad is alleged to have obtained illegal gratification in lieu of passing favorable appeal order in one case.
Ajoy Kumar Singh is facing a case of disproportioned assets.
B Arulappa allegedly proved to be ineffective as a supervisory officer as he failed to ensure assignment of important cases having large tax implication to senior and experienced officers. Alok Kumar Mitra is alleged to have passed many wrong and malafide assessment orders which were later on reversed by the appellate authorities.
Chander Sain Bharti was apprehended by CBI in connection with a trap case and the bribe money of Rs30 lakh was recovered from angadiya (courier) used by him.
Andasu Ravindar is alleged to have abused his official position and obtained pecuniary advantage in the matter pertaining to the survey conducted in one case.
Vivek Batra has been accused by CBI in 2005 of abuse of his official position to accumulate assets disproportionate to his known sources of income amounting ?1.27 Crore.
Swetabh Suman was arrested by CBI in New Delhi on 13 April 2018 for allegedly demanding Rs50 lakh for giving relief in a shell company matter to a businessman.
Ram Kumar Bhargawa is alleged to have acted beyond his jurisdiction.
MORE REPORTS