Voting in the general elections 2019 for election of members to the 17th Lok Sabha will be held in 7 phases between 11 April and 19 May and the counting of votes for all seven phases would be done on 23 May, Chief Election Commissioner Sunil Arora announced on Sunday. 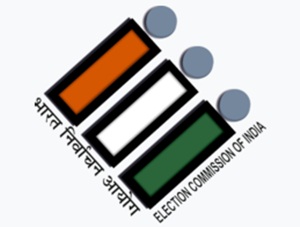 With the announcement of the general elections, the Model Code of Conduct has also come into effect across the country.
Assembly elections for Andhra Pradesh, Arunachal Pradesh, Odisha and Sikkim will also be held along with the general elections.
(Assembly elections in Jammu and Kashmir will not to be held along with the Lok Sabha polls). The poll panel did not announce the dates for assembly elections in Jammu and Kashmir.
The first phase of the elections on 11 April will cover 91 constituencies across 20 states. In the second phase, 97 constituencies across 13 states will cast their votes on 18 April. The third phase on 23 April will cover 115 constituencies in 14 states, followed by polling for 71 seats in nine states on 29 April and the fifth phase when electorate in 51 constituencies in seven states vote on 6 May.
The sixth phase of voting for 59 seats will take place on 12 May and the seventh phase of voting for 59 seats across eight states on 19 May.
The Chief Election Commissioner announced the dates at a press conference in New Delhi. The tenure of the current Lok Sabha ends on 3 June while the 5-year term of the Narendra Modi government expires on 26 May.
As many as 900 million voters are eligible to participate in the elections. There will be around 1 million polling stations across the country, compared to 9 lakh in 2014. Voter-verifiable paper audit trail (VVPAT) will be used for all electronic voting machines.
Voters will elect 543 members to the Lower House of Parliament, the Lok Sabha and the party or coalition of parties with the support of a minimum of 272 members will form government at the centre.
In the previous elections in 2014, the Bharatiya Janata Party had emerged victorious with 282 seats – managing to secure a majority on its own. After defections, resignations and demises, the Lok Sabha now has 522 members, with 268 from the BJP.
Lok Sabha Polls 2019: Highlights
Phase one polling (11 April) - 20 states, including Andhra Pradesh, Arunachal Pradesh, Goa, Gujarat, Haryana, Himachal Pradesh, Kerala, Meghalaya, Mizoram, Nagaland, Punjab, Sikkim, Telangana, Tamil Nadu, Andaman & Nicobar, Dadra & Nagar Haveli, Daman & Diu, Lakshadweep, Delhi, Puducherry, Chandigarh, Uttarakhand
Phase two polling (18 April) - Karnataka, Manipur, Rajasthan, Tripura.
Phase three polling (23 April) - Assam, Chhattisgarh.
Phase four polling (29 April) - Jharkhand, MP, Maharashtra, Odisha.
Phase five polling (6 May) - Jammu & Kashmir.
Phase six polling (12 May) -
Phase seven polling (19 May) - Bihar, Uttar Pradesh, West Bengal.
Constituency-wise polling
Phase 1 in 91 constituencies in 20 states
Phase 2 in 97 constituencies in 13 states
Phase 3 in 115 constituencies in 14 states
Phase 4 in 71 constituencies in 9 states
Phase 5 in 51 constituencies in 7 states
Phase 6 in 59 constituencies in 7 states
Phase 7 in 59 constituencies in 8 states
Election results to be announced on 23 May
MORE REPORTS