The government has divested warring CBI director Alok Verma and special director Rakesh Asthana of all powers and handed over charge of the premier investigating agency to joint director M Nageshwara Rao. 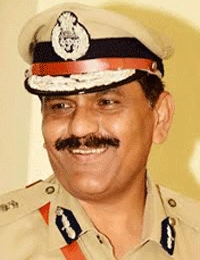 With both the CBI chief Alok Verma and number two Rakesh Asthana trading bribery allegations against each other, the Appointments Committee of the ministry of personnel in the PMO last night issued the giving charge to joint director Nageshwara Rao with immediate effect.

Verma and CBI’s second in-charge Rakesh Asthana – who has been accused by the CBI of bribery and extortion – were both asked to go on leave at around 2 am on Wednesday. A press release from the government noted that the appointments committee of cabinet has asked the agency’s joint director, M. Nageshwar Rao, to hold temporary charge of the CBI.

Hours after the Narendra Modi government’s dramatic midnight move to remove Central Bureau of Investigation director Alok Verma from his position, the agency also transferred key members of the team investigating the corruption case against agency number 2 Rakesh Asthana off the case.

The agency is reported to have transferred 14 officers in connection with the Verma-Asthana feud.

The appointment of Rao implies that the government has now side lined all three additional directors, including number three in the agency hierarchy, A K Sharma, whose name had figured in the complaint by Asthana.

There were reports that the CBI Headquarters had been sealed and officials or outsiders were not being allowed as a team of officers was inside, the sources said.

The story is developing and more clarity is likely to happen after the government issues a detailed statement which is expected in the day, sources said.

It may be noted that the Delhi High Court on Tuesday directed the CBI to maintain status quo on the criminal proceedings initiated against Asthana, who has challenged the FIR lodged against him on bribery allegations.

The case emanates from a statement recorded by a Hyderabad-based real estate agent Sathish Sana whose role was being investigated by a team led by Asthana in a bribery case allegedly involving meat exporter Moin Qureshi.

It was alleged that Sana had paid Rs50 lakh as bribe to Qureshi, which was shown as investment in his company, to get relief in a bribery case.

A Special Investigation Team led by Rakesh Asthana was probing the matter and was repeatedly questioning Sana in this regard as it suspected him of lying in the matter.

A lookout notice was also issued against him by the investigation which prevented him from leaving the country on 25 September 2018, Sana had said in his statement which is part of the FIR.

The team also sought custodial interrogation of Sana on 29 October 2018, but that proposal was not cleared and was instead sent for the opinion of Directorate of Prosecution.

"The arrest is ordered only when certain parameters are fulfilled. The sanctioning authority satisfies itself whether arrest is warranted or not. The due procedure was followed," CBI spokesperson said on the question of Asthana's claims.

Asthana in his complaint to the Cabinet Secretary on August 24 had alleged that CBI Director Alok Verma had received a bribe of Rs2 crore from Sana to help him get relief from repeated questioning.

He had also alleged that Verma had called him over phone in February to not call Sana for questioning.

In a surprising and unprecedented move on 15 October, the CBI booked Asthana and investigation officer of the case on charges of receiving bribe from Sana through middlemen Manoj Prasad and Somesh Prasad.

The CBI has arrested Devender Kumar, the Deputy SP and investigation officer, alleging that he had fabricated the statement of Sana purportedly claiming that a Rajya Sabha MP had met Verma on his pending case and assured him of all relief in the case.