The newly-appointed Chief Election Commissioner Om Prakash Rawat has recommended linking of Aadhaar and voter identity cards, even as he called for a system of simultaneous polls to states and the centre. 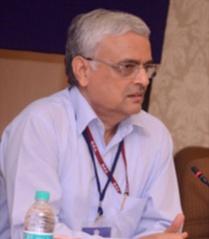 Rawat, however, disassociated himself from the 'Office of Profit' cases against the Aam Aadmi Party (AAP), after Delhi chief minister Arvind Kejriwal alleged that the poll panel is not being 'neutral' in its approach.

Rawat, in an earlier interview with News18, had discussed the many advantages of 'One Nation One Poll', which has been on the agenda of the ruling Bharatiya Janata Party government for quite some time now.

''Holding simultaneous elections would help save a lot of money, especially for the political parties who can do their campaigning only once. Also, the model code of conduct that imposed before every election, poses several constraints in the way of smooth governance, which can be done away with,'' Rawat had said.

Rawat had earlier served the government in various capacities. In May 1994, he was a United Nations election observer in South Africa overseeing the first post-apartheid elections. He had also served as district collector in Narsinghpur (1983-86) and Indore (1986-88).

After returning from Africa, he had held the posts of commissioner (women and child development), registrar (co-operative societies), secretary (cooperation), secretary (agriculture) and state excise commissioner in Madhya Pradesh.

Recently, Rawat had commented about the use of social media to shape public opinion and called out for the need to recognize social media as "media".

''It has come to the notice of the Commission that PR firms are being actively deploying social media handlers to shape public opinion online. I am happy to state that the ECI is formulating its social media policy and we are hopeful that it is likely to address these issues," Rawat had said.

The new CEC is of the firm view that winning elections at all costs and unethical practices in elections should be wiped out.