A special CBI court in Delhi today found former Jharkhand chief minister Madhu Koda and three others guilty of criminal conspiracy and corruption in a case related to the coal scam. 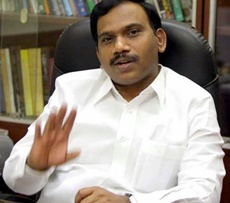 The sentencing of all four accused will take place on Thursday.

The Central Bureau of Investigation had alleged that VISUL had applied for allocation of Rajhara North coal block on 8 January 2007, and although the Jharkhand government and union steel ministry did not recommend VISUL's case for coal block allocation, the 36th Screening Committee recommended the block be granted to the accused firm.

The CBI said that Gupta, who was chairman of the screening committee, had allegedly concealed facts from then Prime Minister Manmohan Singh, who had the coal portfolio in his charge, that Jharkhand had not recommended VISUL for allocation of a coal block.

They were summoned as accused after the court took cognizance of offences under Sections 120-B (criminal conspiracy) read with 420 (cheating) and 409 (criminal breach of trust by public servants) of the Indian Penal Code and under the Prevention of Corruption Act.