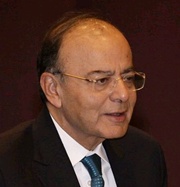 Riled by criticism from within the party ranks and outside over the slowing economic growth and the tardy implementation of the goods and services tax regime, finance minter Arun Jaitley on Thursday asked public sector undertakings (PSUs) to increase both spending and dividend payout to the government.

The finance ministry hopes to make available an additional Rs25,000 crore to public sector undertakings (PSUs) for capital spending in the current financial year (2017-18) in a bid to boost the slowing economy, but does not say how the spending will boost the real economy.

The investments will be made in infrastructure sectors like highways, steel, petroleum and power where private investments have only brought misery to the projects and creditor banks.

The finance ministry is looking at central public sector enterprises that have free reserves and surplus cash to both boost government's coffers through liberal dividends and productive use of resources for financing physical and social infrastructure.

While the government is not yet ready to own up to its policy failures and admit that private investments have not done any good, the stimulus proposal is a tacit admission that infrastructure investment is the government's priority.

Subhash Chandra Garg, secretary, Department of Economic Affairs in the finance ministry said all major central PSUs, including the National Highways Authority of India and public sector steel, power and petroleum companies at a meeting with finance minister Arun Jaitley on Thursday had also promised to enhance their dividend payouts.

''During the review meeting, it became clear that all the PSUs are on track to meet the budgeted capital expenditure of Rs3,85,000 crore for 2017-18. An additional Rs25,000 crore will be spent by them,'' Garg said after the meeting.

This will bring the spending by PSUs on a par with last fiscal, when the Budget and Revised Estimates were Rs3,98,000 crore and Rs4,06,000 crore, respectively.

The finance ministry also discussed the possibility of PSUs using their low debt to equity ratio and other instruments like infrastructure investment trusts and monetising their assets to finance the capital expenditure.

Garg said a second review meeting is planned for November or December to ensure that the expenditure unfolds as pledged.

''The CPSEs that have free reserves and surplus cash were asked to consider declaring liberal dividends so as to promote more productive use of such resources for financing much-needed physical and social infrastructure,'' said an official release after the meeting.

Facing a slew of state elections from later this year and the general elections in 2019, the government has been keen to offset the impact of demonetisation and the rollout of the Goods and Services Tax, which slowed down growth in the first quarter to a three-year low of 5.7 per cent.

But, with limited fiscal space, an all-out stimulus package to boost the economy is difficult without widening the government's fiscal deficit.

Garg, however, stressed that the centre is confident of meeting its fiscal deficit target of 3.2 per cent of GDP in 2017-18.