A specialised 'risk assessment wing' of the Income Tax Department has prepared a list of 60,000 people, including 1,300 so-called 'high-risk individuals', who are suspected to laundering about Rs10,000 crore following the demonetization of high-value currency notes announced by Prime Minister Narendra Modi in November last year. 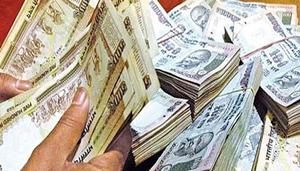 Friday's actions mark the second phase of 'Operation Clean Money', which was launched on 31 January 2017 for e-verification of cash deposits made following demonetization.

According to sources, these people – which included builders, petrol pump owners, bankers and senior government officials – had deposited cash in banks as well as routed it into real estate and gold holdings. These persons deposited devalued Rs500 and Rs1,000 notes in a structured manner to mask their real identities between 9 November and 30 December 2016.

More than 6,000 of the cases being investigated are related to high-value property purchase, while 6,600 are cases of outward remittances.

"The cases where no response received are also a matter of enquiry," a spokesperson for the Central Board of Direct Taxes (CBDT) said.

Action against illegal cash depositors is expected to take at least another year.

The I-T department has also found that high-risk persons converted black money into white during the demonetisation period, while government officials and other private individuals made huge cash transactions through shell entities.

DNA reported quoting department sources that over 25 per cent of petrol and CNG pumps became centres of cash conversion during the demonetisation period. Petrol pumps' accounts show they accepted more cash than was accounted for by the sale of petroleum products.

Finance ministry sources, speaking on condition of anonymity, told DNA that in Delhi alone, 96 of a total of 398 petrol pumps had taken in more than Rs1 crore in excess, unaccounted-for cash, while a similar trend has been found in 179 CNG filling stations.

Since demonetization took effect on 9 November 2016 through 28 February 2017, the I-T department has conducted 2,362 searches, seizures and surveys. They have seized more than Rs818 crore in assets, including Rs622 crore in cash, and detection of undisclosed income of more than Rs9,334 crore. It has referred about 400 cases to the Enforcement Directorate and the Central Bureau of Investigation.

Fighting black money has been a key promise of the Modi government since it came to power in 2014. Since then, it has taken steps to go after domestic as well as foreign black money hoarders.

It has used the Black Money (Undisclosed Foreign Income and Assets) Act to expose unaccounted for cash stashed abroad, launched an Income Disclosure Scheme (IDS-I), and scrapped Rs500 and Rs1,000 notes to choke the circulation of black as well as counterfeit money. At the same time, it also gave tax evaders a chance to come clean under a new scheme called the Pradhan Mantri Garib Kalyan Yojana or IDS-II.

The government has received 21.7 per cent more income tax in FY 2016-17 than in the previous fiscal. FY2017 has also seen a 16 per cent growth in gross tax collection, the highest in the past five years.

The analysis has identified about 17.92 lakh dodgy depositors. Notices have been sent via mail and SMS to people who entered into cash transactions that weren't in line with their tax profiles. Around 9.46 lakh persons have responded, while the rest are being investigated.

Extensive enforcement action has been taken by the government, including search and seizure and surveys largely based on the information received during the demonetisation period.

More than 2,362 search, seizure and survey actions have been conducted by the Income Tax Department during the 9 November 2016 to 28 February 2017 period, leading to seizure of valuables worth more than Rs818 crore, which include cash of Rs622 crore and detection of un-disclosed income of more than Rs9,334 crore.

More than 400 cases have been referred by the Income Tax department to the Enforcement Directorate (ED) and the Central Bureau of Investigation (CBI). Surveys have been conducted in more than 3,400 cases by the assessment units.

The Income Tax Department (ITD) launched Operation Clean Money (OCM) on 31 January 2017 to leverage technology for e-verification of cash deposits made during the demonetisation period, ie, 9 November to 30 December 2016.

The first phase of Operation Clean Money involved e-verification of cash deposits made in the banks. The entire phase was conducted online, wherein 1.79 million persons, who entered into cash transactions that did not appear to be in line with their tax profile, were identified and requested for on-line responses on such transactions. 9.46 lakh persons responded on pre-defined parameters of sources of the cash deposits.

The operation has now moved into the second phase with identification of high risk persons for detailed investigations by the Income Tax Department. The identification has been done through use of advanced data analytics, including integration of data sources, relationship clustering and fund tracking.

The high-risk categories identified include businesses claiming cash sales as the source of cash deposits which is found to be excessive compared to their past profile or industry norms; large cash deposits made by government or Public Sector Undertaking (PSU) employees; persons who have undertaken high value purchases; persons who have used shell entities for layering of funds; and where no responses were received.

I-T Department is using the opportunities created by demonetization for widening and deepening of the tax base and create deterrence, not seen before, and to curb generation of black money in the Indian economy. The complete exercise of examining all the doubtful and non-tax compliant accounts may take more than one year but with the help of technology and continuous enforcement action all the liable accounts will be brought to tax.