Modi wave helps BJP sweep to power in UP, Uttarakhand 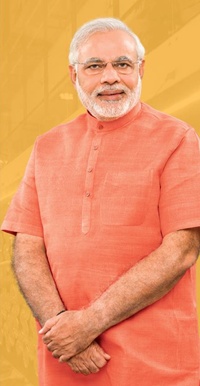 This could be the biggest win for any political party in Uttar Pradesh, India's most populated state since Indira Gandhi led the Congress to 309 seats in 1980.

The results are a reflection of the national polls of 2014 when Modi's personal charisma and leadership won it a landslide.

The return to power of BJP in UP after 14 years also saw the decimation of the ruling Samajwadi Party-Congress alliance and the Bahujan Samaj Party, once a dominant power, The BJP was leading in 323 of the state's 403 seats.

Election commission data showed the BJP's vote share in Uttar Pradesh doubled to about 40 per cent over the last assembly polls in 2012. The party had bagged 42.6 per cent votes in Lok Sabha elections in 2014.

The results also signal a ringing endorsement of Prime Minister Modi's stewardship of the economy, especially his controversial decision to scrap 500-and 1000-rupee banknotes which led to a cash crunch but was welcomed by many as helpful in fighting corruption.

Votes were also being counted to elect new assemblies in Punjab, Goa and Manipur.

Early trends also suggested a clean sweep for the BJP in Uttarakhand, where the Congress is now in power. The party was leading in 57 of 70 seats for which trends were available. State chief minister Harish Rawat lost both seats he contested.

In Punjab, early trends showed the Aam Aadmi Party trailing the Congress, which was set to win an easy majority in a 117-member house. Captain Amarinder Singh, the Congress's chief ministerial nominee, won from his home seat Patiala.

The AAP might also fail to make any impression in Goa, with its chief minister candidate Elvis Gomes losing his pocket borough.

In Manipur, the BJP and Congress were seen neck-and-neck.

''How the hell did almost all the experts/analysts miss this wave in UP? It's a tsunami not a ripple in a small pond,'' former Jammu and Kashmir chief minister Omar Abdullah said in a Twitter post.

The Congress admitted that the loss in Uttar Pradesh -its campaign was led by party vice-president Rahul Gandhi, was hurtful.

''Yes, UP is a bad loss, it hurts,'' said party spokesperson Abhishek Manu Singhvi. ''I agree that, in UP, we need fundamental restructuring for the Congress as a whole. These have to be hard, tough decisions about strategy.''