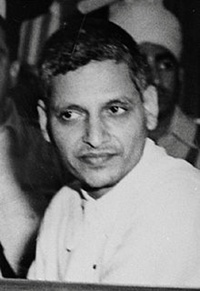 Despite the widespread condemnation of Mahatma Gandhi's assassination, the statement of his killer Nathuram Godse should be made public along with other relevant court records, the Central Information Commission has ruled.

The CIC has asked the National Archives of India to place the record on its website. Information Commissioner Sridhar Acharyulu said the disclosure or circulation of Godse's opinion should not be restricted. He said Gandhi's life, character and image as a champion of peace and Hindu-Muslim unity could not be tarnished either by his physical elimination or adverse analysis of his policies.

"One may disagree with Godse and his co-accused but we cannot refuse disclosure or circulation of his opinion.

Ordering that Godse's statement should be made public along with other relevant court records, Acharyulu said that the assassin's opinion could not be construed as a justification for Gandhi's killing. "Neither Nathuram Godse nor the holder of his theme or opinion can go to the extent of killing a person whose philosophy he cannot agree with," Acharyulu said in his order.

Acharyulu, who was in the news for his order asking Delhi University to disclose details of Prime Minister Narendra Modi's BA correspondence degree, was responding to a petition seeking details from Delhi Police. The police had forwarded the matter to the National Archives of India (NAI).

The NAI told the petitioner that he could examine the records and retrieve the information for himself. The petitioner then sought relief from the CIC.

"The commission also directs the NAI to place the index of records available now with it about the assassination of Mahatma Gandhi on its official website along with the procedure to gain access, and recommends development of an archive to include present digitised records and collect as many as possible from various sources to be part of their disclosures under Section 4(1)(b)," Acharyulu said

The murder and Godse's motivations are subject of books like Manohar Malgaonkar's Men Who Killed Gandhi and the assassin's account has been criticised as a hate speech while also being seen as a product of the communal frenzy of Partition.