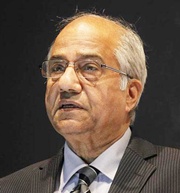 The government has constituted a high level committee headed by Justice B N Srikrishna, retired judge of the Supreme Court, and comprising officials of the ministry of law and justice as well as trade bodies, to examine specific issues and road map required to make India a robust centre for international and domestic arbitration.

The Srikrishna committee will go into various factors to accelerate the arbitration mechanism and strengthen the arbitration ecosystem in the country, which, according to the government, will ensure the speedy resolution of commercial disputes and facilitate effective conduct of international and domestic arbitrations raised under various agreements.

The terms of reference of the high level committee are:

The committee has been asked to submit its report within a period of 90 days.

According to the government, justice dispensing system in India has come under great stress for various reasons, including huge pendency of cases in various courts. The injustice is particularly egregious in commercial disputes, where cases remain pending for years. Arbitration provides an effective and efficient alternative window for dispute resolution.

In the absence of a proper arbitration mechanism in the country, foreign companies that partner with Indian businesses are increasingly approaching countries outside of India for dispute resolution.

In the World Bank Report on the Ease of Doing Business India has improved its position by 12 ranks. However, on the enforcement of contracts, India fares extremely poorly and ranks 178 out of 189 countries. The World Bank Report suggests that improving the mechanism to resolve commercial disputes in India will go a long way in bettering India's rank. Many Indian companies are going to foreign arbitration centres like Singapore, London and Paris taking a huge chunk of dispute resolution business outside India.

India has already undertaken major structural reforms to facilitate ease of doing business recently, including legal reforms to revamp the existing arbitration framework. The parliament has recently passed an amendment to the Arbitration and Conciliation Act, 1996. Moreover, the Commercial Courts, Commercial Division and Commercial Appellate Division of High Courts Act, 2015 has been passed to fast track commercial dispute resolution.

Establishment of an efficient arbitration mechanism will help improve India's score in the World Bank's doing business rankings. In the 2016 rankings, India stood at 130 out of 190 countries.

The government has laid emphasis on making Arbitration a preferred mode for settlement of commercial disputes.

Accordingly, the government has been taking legislative and administrative initiatives on arbitration which the aim of minimising court intervention, thereby also helping to bring down costs, fix timelines for expeditious disposal, and ensure neutrality of arbitrator and enforcement of awards.

The Arbitration and Conciliation (Amendment) Act, 2015 envisages quick enforcement of contracts, easy recovery of monetary claims, reduced pendency of cases in courts and hastening the process of dispute resolution through arbitration, so as to encourage foreign investment by projecting India as an investor friendly country having a sound legal framework and ease of doing business in India, the release said.