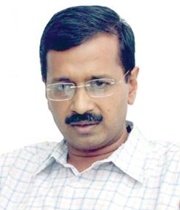 The Delhi high court has confirmed that Lieutenant Governor Najeeb Jung is the administrative head of the National Capital Territory and is in control of the government and that he is not bound to follow the advice of the cabinet.

While dismissing a batch of petitions by the Aam Aadmi Party government that challenged the powers of the Delhi LG, the HC today told the petitioners that the LG is not required to act on the advice of the Delhi cabinet.

Kejriwal and his party have been railing against the reading of Constitutional provisions that make the LG the administrative head of a union territory.

The HC verdict is a big setback for the AAP government, which has been fighting a series of escalating battles with the LG and the central government for control over the Delhi government.

Kejriwal has been insisting that executive power rests in the office of the Delhi chief minister who is an elected representative of the people and that the LG, who is a central government nominee, is obligated to act on the advice that is given to him/her by the Delhi cabinet.

"The Lieutenant Governor is the administrative head of the National Capital Territory," the Delhi HC declared in its decision on Thursday. "The AAP government's contention that the LG is bound to act on advice of the council of ministers is without any substance and cannot be accepted," the HC added.

The AAP had filed a total of nine petitions in the Delhi HC, contending that the power to make appointments and issue instructions did not rest with the LG, but with the Delhi CM.

The Delhi government had argued that in a democratic set up there cannot be two reporting authorities. The centre, however, had contended that Delhi is only a union territory and not a full-fledged state, and that control over its government rests in the hands of the union home ministry.

AAP, however, has said it will appeal the Delhi HC ruling in the Supreme Court.