Congress back in Arunachal as SC restores status quo ante

Dealing another blow to the union government's penchant for ousting elected governments by using the state governor's powers, the Supreme Court today restored its government in Arunachal Pradesh, calling the decisions leading to its dismissal "illegal and unconstitutional". 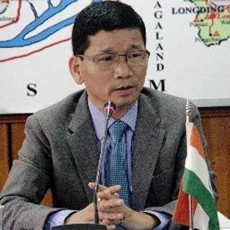 In its landmark ruling, the Supreme Court restored the status of 15 December in the state, when the Congress government was in power. Arunachal Pradesh had been under President's Rule since 26 January.

A constitution bench unanimously quashed Arunachal Pradesh governor J P Rajkhowa's decision to advance the Assembly session from 14 January 2016 to 16 December 2015, a move which triggered political unrest in the sensitive border state and culminated in the declaration of President's rule on 26 January.

The five-judge bench led by Justice J S Khehar directed the immediate reversion to status quo ante as on 15 December 2015. This means that the Supreme Court has in unequivocal terms shown the door to the BJP-propped rebel Congress government of Kalikho Pul the door.

The bench, in three separate judgments by Justices Khehar, Dipak Misra and Madan B Lokur, paved the way for the return of Congress-led Nabam Tuki government to power. 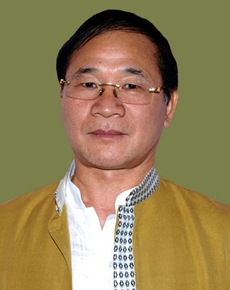 "Thank you Supreme Court for explaining to the Prime Minister what democracy is," Congress vice president Rahul Gandhi tweeted.

On 16 December, the Nabam Tuki government was dismissed in an assembly session called by governor J P Rajkhowa. The court said "all decisions taken by the Arunachal assembly after 9 December are quashed and unsustainable".

Tuki told NDTV, "It is a victory of democracy; the law has protected us and protected our country."

The Congress government was dismissed following days of turmoil after 21 of its 47 lawmakers rebelled against the chief minister. In the dramatic developments that followed, the governor advanced the state assembly session, in which opposition legislators, along with the rebels, "removed" Tuki and speaker Nabam Rebia. The session was held in a community centre and a hotel as the assembly building had been locked on the Speaker's orders.

The governor had justified his action saying he believed that a "biased" speaker would act in support of chief minister Tuki even though he had lost his majority.

Justice Khehar, on 22 February, when the court reserved judgment on the question of the constitutionality of the governor's decision, assured the Congress lawyers of the power of the highest judiciary to put the clock back in the sensitive border State.

But the court at the time did not deem it fit to intervene with the installation of Pul as chief minister on 19 February, following the lifting of President's rule, leaving many with their finger crossed on the fate of this case.

The leader of the dissident faction, Kalikho Pul, was sworn in as chief minister on 19 February, with the support of the rebels and 11 legislators of the BJP.

"The government is run by numbers. The court doesn't run the government, numbers do. My government will remain," Kalikho Pul said today.

The Congress won back its government in Uttarakhand in May after its chief minister Harish Rawat won a trust vote ordered by the Supreme Court.