The Uttarakhand High Court today pulled up the union government for the imposition of President's Rule in the state, saying that a floor test was the best test and the correct arena to prove a majority in state assemblies. It added that President's rule was imposed despite the state governor calling for a floor test. 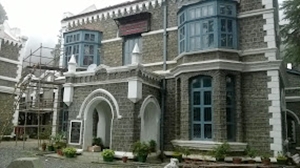 The court's remarks came after the Centre moved it challenging an interim order by a single bench directing a floor test in the assembly on 31 March, days after President's Rule was imposed in the state.

A petition was mentioned before a division bench of the high court comprising Chief Justice K M Joseph and Justice V K Bisht by attorney general Mukul Rohatgi on behalf of the central government.

The petition sought clarity on whether the floor test can be held in the state assembly after the promulgation of President's Rule when the house is in suspended animation.

After a two-day hearing on a writ petition challenging the imposition of President's rule in the state, the single judge bench of Justice U C Dhyani in an interim order directed a floor test in the Assembly on 31 March and allowed even the nine disqualified rebel MLAs of the Congress to vote during the exercise.

According to the High Court, the Centre has sent a wrong message to the country by imposing President's rule in Uttarakhand. Both the Congress and the BJP had moved the division bench of the High Court after it sanctioned a floor test on Thursday.

Appearing on behalf of the Centre, Attorney General Rohtag argued that the court order amounts to suspending presidential proclamation and no purpose would be served by a floor test as there is no government in place. He asked the court to suspend the floor test for three days and hear the matter fully next week.

All the nine rebel Congress MLAs, too, on Wednesday moved the high court challenging their disqualification by the Uttarakhand Assembly Speaker after President's Rule was imposed in the state.

With less than 24 hours before the crucial trust vote in the Assembly where Chief Minister Harish Rawat was to prove majority support for his government, the Centre, in a dramatic move, dismissed the Congress government and imposed President's rule citing breakdown of governance on 27 March (Congress moves HC against President's rule in Uttarakhand).