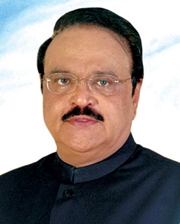 Speaking to ANI, Bharatiya Janata Party leader Kirit Somaiya said that Bhujbal's questioning would bring ''everything out in the open'', particularly about money laundering and corrupt practices.

"In January 2012, I had taken the initiative to explore the corruption charges against Chhagan Bhujbal and his family. He will now have to tell the ED how he generated the money. Everything is going to come out in the open now about the money laundering and the corrupt practices," Somaiya said.

The ED had on 1 February arrested Sameer Bhujbal, the nephew of Chhagan Bhujbal, in a money laundering case in Mumbai after the agency conducted multiple searches in connection with its probe against the Bhujbals and others.

The Maharashtra Anti-Corruption Bureau had earlier filed two first information reports against the Bhujbals and others under the provisions of the Prevention of Money Laundering Act (PMLA) to probe the Delhi-based Maharashtra Sadan construction scam and the Kalina land grabbing case.

Chhagan is being investigated by the ED in several cases of money laundering. A series of raids have been conducted at the properties owned by Bhujbal and his family across Maharashtra in the last one and a half years.

Investigating agencies are also looking into alleged corruption in the award of contracts during his tenure as Maharashtra's public works minister.