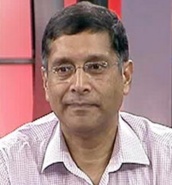 The committee headed by the government's chief economic adviser Arvind Subramanian set up to suggest possible tax rates under GST has recommended a standard rate of 17-18 per cent, setting the stage for consensus on the issue and passage of constitutional amendment bill in the winter session.

The opposition Congress party is insisting on a GST rate of 18 per cent and the committee recommendation of 17-18 per cent meets that demand, which could lead to consensus on the rate structure.

The standard rate is based on a revenue neutral rate (RNR) of 15-15.5 per cent suggested by the committee. In fact, the committee preferred the lower rate and for goods that needed to be taxed less, it has suggested a lower rate of 12-14 per cent.

Stating that getting the design of the GST right is critical, the committee pointed out that the GST should aim at tax rates that protect revenue, simplify administration, encourage compliance, avoid adding to inflationary pressures, and keep India in the range of countries with reasonable levels of indirect taxes.

The Arvind Subramanian panel is also reported to have voted against the 1 per cent additional tax on interstate sale of goods, proposed in the constitutional amendment bill in the Lok Sabha to help manufacturing states.

The committee noted that globally, the practice is to levy rates in the form of excises outside the scope of the GST - on goods and services that create negative externalities for the economy. As currently envisaged, such demerit rates - other than for alcohol and petroleum (for the states) and tobacco and petroleum (for the centre) - will have to be provided for within the structure of the GST. The foregone flexibility for the center and the states is balanced by the greater scrutiny that will be required because such taxes have to be done within the GST context and hence subject to discussions in the GST Council.

Accordingly, the committee recommends that this rate be fixed at about 40 per cent (centre plus states) and apply to luxury cars, aerated beverages, paan masala, and tobacco and tobacco products (for the states).

This historic opportunity of cleaning up the tax system is necessary in itself but also to support GST rates that facilitate rather than burden compliance. Choices that the GST Council makes regarding exemptions/low taxation (for example, on gold and precious metals, and area-based exemptions) will be critical.

Experts said that if petroleum, real estate and liquor are kept out of GST in the initial years as proposed in the bill passed in the Lok Sabha earlier this year, the available tax base would shrink and, hence, the combined centre-state GST rate could be more than 20 per cent.

Government sources said in such a scenario, the attempt would be to eventually bring down the rate as the tax base expands. A select panel of Rajya Sabha, which reviewed the constitutional amendment bill had suggested that the rate should not exceed 20 per cent. Finance minister Arun Jaitley too promised that the GST rate would be much lower than the previously discussed 27 per cent.

However, the committee noted that the more the exemptions that are retained in the bill the higher will be the standard GST rate.

There is no getting away from a simple and powerful reality: the broader the scope of exemptions, the less effective the GST will be.