The Delhi government is considering a Chinese proposal to mate genetically-modified mosquitoes with dengue-causing female members of the same species to root out the threat of the vector-borne disease that has claimed over 40 lives this year. 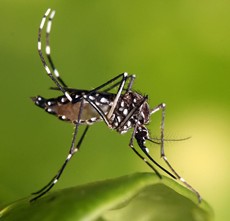 A team of Delhi Dialogue Commission (DDC), headed by its vice-chairman Ashish Khetan, is planning to visit southern China's Guangzhou province next month to study the experiment's efficacy at the ground level.

"There has been nearly 90 per cent decrease in the number of dengue carrier mosquitoes as per the Chinese experience. Those scientists have sent us a very detailed proposal to implement the same in Delhi," Khetan said.

He said a team is being constituted to deliberate on the proposal in detail before they head out to China. "We will decide our next course of action after all these deliberations."

The experiment involves turning male Aedes aegypti mosquitoes sterile and mating them with female Aedes mosquitoes to prevent breeding, and consequently the spread of dengue.

Khetan said Delhi Chief Minister Arvind Kejriwal had promised to finance any initiative which will prevent the recurrence of dengue outbreak next year onwards.

"The CM has ordered the commission to take all steps to root out dengue. We are talking to scientists across the world regarding various such experimentations so that dengue does not occur next year," he said.

The DDC vice-chairman identified taking "various stakeholders" on board and necessary clearances from them and "regulatory framework" as major challenges in implementing such novel initiatives.