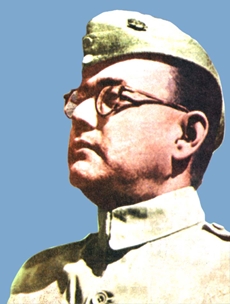 Light may finally be shed on the mystery and conspiracy theories surrounding the death of militant freedom fighter Subhash Chandra Bose, as the West Bengal government has decided to make public 64 files related to the 'Netaji' on 18 September.

Chief minister Mamata Banerjee said on Friday there is nothing in the files that could jeopardise India's national security and therefore there is no reason to keep them secret.

Members of Bose's family who have been demanding declassification of all files on Netaji have welcomed the move and are hoping the BJP-led NDA government will now release files it holds.

"What files the Centre has and what it will do with them is its business," Banerjee said. "This is the decision of the West Bengal government alone. There is no connection with the Centre. But Kolkata was Netaji's area of operation. He lived and worked here. Kolkata is the main gateway. We have opened the gates."

The files will be put on display at the Kolkata Police Museum.

Krishna Bose, chairperson of the Netaji Research Bureau in Kolkata that has been documenting Netaji's life for years, said, "I have personally thanked Mamata Banerjee for this decision. Since the files were not being revealed, only speculation and rumours were going on."

Earlier, in a response to a query the Central Information Commission, Prime Minister Narendra Modi's government had said declassifying the files related to Netaji will adversely affect relations with foreign countries.

Netaji's grandnephew Chandra Bose said, "Now it is for the Central government to take the cue from the West Bengal and declassify the 130 files held by the Centre."

In April this year, declassified files revealed that the Intelligence Bureau kept relatives of Bose Netaji under close surveillance between 1948 and 1968.

Bose's was a breakaway movement that advocated militancy rather than the 'ahimsa' or peaceful non-cooperation of the main freedom movement led by Mahatma Gandhi.

Netaji's death has been one of the most enduring mysteries in India's history. A section of researchers, including some members of the Netaji's family, have been suspicious of the official version that he died in a plane crash in August 1945 at Taipei.