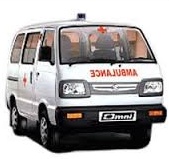 The FIR was filed at the request of Rajasthan government after the case was transferred to CBI, which has now re-registered it under the Anti-Corruption Unit of the agency.

In the police report that names former Rajastan chief minister Ashok Gehlot and former union minister Sachin Pilot, it was alleged that the Congress leaders made money by increasing the number of trips of the ambulances – the so called 'fake ambulance trips'.

''The FIR was registered against the then directors of a private firm at Mumbai / Jaipur and others, including public servants under section 420 (cheating), 467 (forgery), 468, 471 and 120-B of IPC, on the allegations of irregularities in the award of tender in favour of the said firm by deliberately inserting technical specifications and irregularities in the implementation of the project, which included excess bills claimed by said firm and paid to them,'' CBI spokesperson said.

CBI today carried out searches at the office of the firm Ziqitza Health Care in Jaipur and Mumbai against which a case has been registered.

FIR no. 256 / 2014 was registered at Ashok Nagar Police station in Jaipur after BJP government was formed last year on the complaint of Jaipur Mayor Pankaj Joshi on 31 July 2014.

It was alleged in the case that ambulance services of 108 number were set up in erstwhile Vasundhara Raje government, which were provided by a company EMR.

The complainant alleged that when Gehlot government came it found alleged irregularities in the services and recommended that fresh tenders be called for plying ambulances in the state.

Sources said a complaint about alleged irregularities was made before the then union health minister Gulam Nabi Azad who ordered an inquiry by CAG, which found irregularities in the filing of bills and deficiency in the services.

When the Raje government returned to power, a police complaint was filed before Jaipur police, and the state government wrote asking CBI to take over the probe.

It is a normal practice for CBI to take over a probe from state police on the basis of FIR registered by the police, which is re-registered as it is.

Pilot and Gehlot, however, have termed it as ''vendetta politics'' by the BJP government.

''This action by CBI is on the prodding of Raje government is nothing but a meek, vendetta-driven malicious prosecution. They had been investigating this matter for the past few years and have not been been able to make any headway,'' Pilot said.

Pilot, meanwhile, said he had resigned from the company in late 2002 or early 2003 (before he became MP) when it decided to become a ''for profit'' company from the ''non-profit'' venture as he was associated with it only for social cause.

BJP leader Ashok Parnami, however, said they have the documentary evidence of the scam, which they had even given to the Congress as proof, but the previous government chose to ignore the evidence.

"We raised this issue (ambulance scam) when Congress was in power, we have documentary evidence against them. The way corruption occurred in 108 (ambulance scheme), action needs to be taken against them," the BJP leader was quoted as saying.

Parnami criticised the Congress leaders for making money by increasing the number of trips of the ambulances.