Yakub Memon, one of the masterminds of the 1993 Mumbai serial blasts that left 257 people dead and over 700 injured was hanged to death at Nagpur central jail early on Thursday. 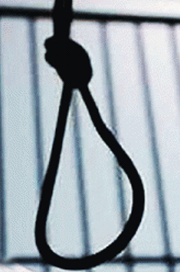 The execution was carried out at around 6.35 am, two hours after a three-judge bench of the Supreme Court, after a dramatic mid-night hearing of arguments that stretched on till early morning, rejected a second plea by Yakub Memon's lawyers for staying the death sentence.

Yakub's lawyers moved the apex court again questioning the government's hurry to hang the death row convict at 7:00am and insisting that the mercy petition hurriedly rejected by President Pranab Mukherjee late on Wednesday was the first plea filed by Memon.

However, an earlier mercy plea, rejected by Mukherjee in April 2014, was filed by Memon's brother last year.

The three-judge bench of the Supreme Court headed by Justice Dipak Misra that started hearing at 3.20 am the last-minute plea for deferring Yakub's execution ruled that the convict was given enough opportunities.

"It will be travesty of justice if the death warrant is stayed in a case of this nature," the court ruled in its verdict delivered at 4.55 am.

Except for an earlier dissenting voice of the lone judge Kurian Joseph (See: SC bench refers Yakub Memon's petition to larger bench), the judiciary was unanimous in its view that all decisions in Memon's case, including his final petition on Wednesday, were flawless.

And, despite the eleventh hour petitions and mercy pleas intended to delay the inevitable, the Maharashtra government and Nagpur jail authorities did their duty with firmness and care.

The state government and the Nagpur jail authorities handled the sensitive issue sensibly and cleanly.

The Maharashtra government also informed the family and allowed near and dear ones to visit him in the jail. Memon's family will also do the last rites subject to some conditions that the ceremonies would be minimal, and there will not be any procession, photography or public display of Memon's body, which, the authorities felt, was necessary to maintain public order.