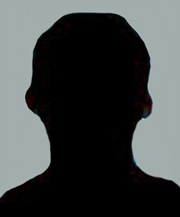 The prime minister's office (PMO) has finally woken up to the spate of suspicious deaths of accused and suspects linked to the Madhya Pradesh Professional Examination Board (MPPEB) scam, after the Supreme Court today agreed to hear a petition seeking CBI inquiry into what has now come to be known as Vyapam scam.

The PMO is understood to have asked the Intelligence Bureau to submit a detailed report on the mysterious deaths allegedly linked to the employment scam in Madhya Pradesh.

At least 40 people linked to the scam have died so far in mysterious circumstances.

Only yesterday, constable Ramakant Pande, who was linked to the Madhya Pradesh Vyapam scam was found hanging from a ceiling fan in his Orchhca home. Police, however, denied reports that he had been questioned in the scam.

The death of a trainee sub-inspector, Anamika Kushwaha, too has been linked by the Congress to the scam. Her body was found in a lake on Monday morning.

Earlier a reported interviewing a victim of the scam had died after he started frothing in the mouth.

''All Intelligence Bureau personnel deployed in Madhya Pradesh have been instructed to collect details about deaths following the PMO's instructions,'' reports quoted an unidentified senior IB officer as saying.

While the union home ministry has regularly been appraised of the developments related to the scam, it is for the first time that the PMO has sought information on the issue, the officer added.

"Understandably, the home ministry regularly briefs the PMO on such issues but now the Intelligence Bureau will have to submit a detailed report on mysterious deaths of persons who were either accused in the scam or were in some way linked to the scam," said the officer.

''According to the instructions, the information will include cause of death, post-mortem report, police investigation reports and link of the persons to the scam.''

Hemmed by the rising tide of allegations of collusion by mighty politicians in the ruling Bhartiya Janata Party over the past few days, chief minister Shivraj Singh Chouhan on Tuesday also requested the high court to hand over the case to the CBI.

Chouhan announced at a press conference that he is requesting the state high court to order a CBI inquiry into the Vyapam scam and the deaths linked to it.

The CM had so far refused to recommend a CBI inquiry, saying only the state high court, which is monitoring the current investigation by the state police, could decide on ordering one.

Meanwhile the Supreme Court this morning agreed to hear the petitions on Thursday, when it will also hear a petition filed by a group of lawyers from Gwalior, who have sought the removal of Madhya Pradesh governor Ram Naresh Yadav, earlier named in the scam, to ensure a fair inquiry.

Congress leader Digvijaya Singh is among four people who had also filed petitions in the Supreme Court for a CBI inquiry into the scam.

The Vyapam scam involves the use of proxies in rigging tests conducted by the MPPEB for admission to professional courses and recruitment in government jobs.

The MPPEB scam is said to be worth over Rs10,000 crore and is linked to powerful people ranging from politicians and bureaucrats to influential doctors and mining barons.

The scandal is estimated to have affected more than 2.5 million young people.