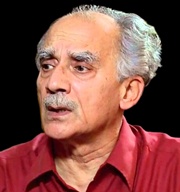 Former disinvestment minister in the NDA government yesterday unleashed a scathing criticism of the Modi government's style of functioning, something that observers say could affect his prospects of heading the new BRICS bank.

Despite his criticism, he said he ''liked'' Prime Minister Narendra Modi and believed ''he was the man today'' – that there is no one either within the party or outside who can lead the country now.

Shourie on Friday took a swipe at the ''three-man government'' at the centre and the Bharatiya Janata Party (BJP), saying that the executive consisting of Prime Minister Narendra Modi, finance minister Arun Jaitley and BJP chief Amit Shah  which has ''frightened not just the allies but their own group''.

''I think, today the government of India and the party consists of three persons - Modi, Jaitley and Amit Shah They work as a team. The three persons are not getting feedback from elsewhere. Secondly, they've frightened not just the allies but their own group - the extended party, etc,'' Shourie told Karan Thapar on the talk show, `To The Point, on Headlines Today.

According to Shourie, since the three decide what is right and what is wrong, ''no corrective action'' is taking place even if these three take a wrong decision. They are also the ''supreme court'' that deliver the judgment on it.

To cite an example, Shourie pointed to the Delhi assembly debacle. ''Third problem is, as in all political parties, if I take a wrong decision and the consequences are terrible - let's just say I get Kiran Bedi in in Delhi, we lose. It's regarded at that time as a master stroke of the master strategist and then you are slapped by the Delhi people - three seats out of 70. Who's to now decide that some wrong decision was taken? The same three. So no corrective action takes place,'' Shourie said.

On Modi's wearing a suit with his name monogrammed on it, Shourie said, ''Lapses of judgments can be very critical mistakes. I cannot understand which person would have gifted him that suit. I can never understand how he chose to accept that gift or wear it. The point is, you cannot take Gandhiji's name and wear such a thing. So I don't how it happened. And it was very good that he got rid of it very quickly.''

''I like him very much. I think he is the man today the only person who can give us that leadership, but this kind of thing is incomprehensible,'' he added.

Asked about Modi's silence on issues such as ''love jihad'' or delayed interventions on matters such as religious conversions, Shourie said, ''If you are sending out tweets on Sania Mirza's victory and wishing somebody birthday. And then you don't do it on such an important thing churches or love-jihad, then draw an inference, which is not good.''

''Either you are not speaking at all, then people don't expect you to speak anything - like with Narasimha Rao Vinoba Bhave. When Mr Modi's government acts very quickly in Srinagar floods or on Nepal, he provides that kind of leadership. But when on moral questions, he is seen as silent, then people wonder why he is not speaking,'' he added.

He slammed the government for ''managing headlines'' and not doing anything to substantiate that. He said the when the ''gap between projection and performance is so vast, people see only the distance they don't see the five good things you have done''. The government, he said, should rather adopt a ''lower profile'', ''embrace others'' and ''seek their cooperation''.

On Modi's handling of the bureaucracy, Shourie said that while ''some officers are certainly giving a very good account of themselves and are able to put in good work day and night'', the general feeling is that '' everything has to be sent to the PMO''.

Shourie further said that the present government does not have absolute majority in terms of votes polled, but has gained power with just 31 per cent of the votes.