A constitution bench of the Supreme Court could not begin hearing on the validity of the law replacing the collegium system of appointment of judges as scheduled today, as the judge heading the bench recused himself from the case on an objection from petitioners, who claimed conflict of interest. 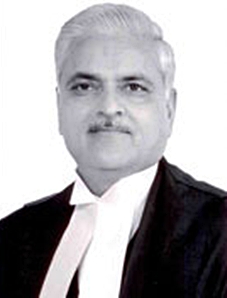 Justice A R Dave, who was heading the five-judge constitution bench, withdrew from the case after the Supreme Court Advocates on Record Association (SCAORA) and other petitioners said that since he had become a member of the National Judicial Appointments Commission (NJAC) under the new law, it would not be proper for him to hear the matter.

The submission of senior advocate Fali Nariman, who appeared for SCAORA, was opposed by Attorney General (AG) Mukul Rohatgi and Supreme Court Bar Association (SCBA), which had supported the union government in its endeavour to replace the two-decade-old collegium system of appointment of judges by the judges.

Rohatgi contended that the suggestion of SCAORA is wholly regrettable and condemnable. He was supported by SCBA President Dushyant Dave, who said that SCAORA's objection was preposterous.

Their submission had come after Nariman had said that the provisions of the Constitution (99th amendment) Act 2014 and of the NJAC Act 2014 have been brought into force from April 13, 2015.

"As a consequence, the presiding judge on this bench, Justice A R Dave has now become (not out of choice but by force of statute) a member ex-officio of the NJAC whose constitutional validity has been challenged.

"It is respectfully submitted that it would be appropriate if it would be declared at the outset, by an order of this court, the presiding judge of this bench will take no part whatever in the proceedings of the NJAC," Nariman submitted.

Rohatgi refuted allegations on the timing of the notification to make NJAC Act operational by saying that it was absolutely proper for the government to come out with the notification.

He said the central government is answerable to Parliament and if Parliament has passed the law, it cannot be put in limbo indefinitely.

He said the will of Parliament and ratification by 20 state assemblies has to be given effect and the notification has come at an appropriate time.

Rohatgi also opposed the stand of SCAORA on recusal to Justice Dave, saying that it is a well known fact that judges fulfil more than one role. They have been a part of earlier collegium also and while continuing to discharge judicial function, they were involved in administrative measures too.

"So, they can be a part of new judicial commission apart from doing judicial functions," the AG said, adding that for hundred years it has been seen that administrative decisions of full court are often challenged on judicial side and same judges of full court decide them, "so that there is no conflict of interest".

Rohatgi said if there was any objection on Justice Dave heading the bench, it would have come on day one, but the petitioners including SCAORA took their chance before the three-judge bench before the matter was referred to the Constitution Bench.

"No such contention was raised by SCAORA and if this contention is correct, then a large number of judges cannot hear the case," he said.

Besides Justice Dave, others in the five-judge bench, constituted by the Chief Justice, were Justices J Chelameswar, Madan B Lokur, Kurian Joseph and Adarsh Kumar Goel.

A three-judge bench of the apex court had on April 7 referred to a five-judge Constitution Bench a batch of petitions challenging the validity of NJAC Act to replace the collegium system of appointing judges to higher judiciary.

The court had refused to stay the implementation of law with the observation that all the issues arising out of the petitions would be decided by the Constitution Bench.

The NJAC was signed into an Act by President Pranab Mukherjee on 31 December  2014.

Under the collegium system, which came into existence in 1993 after a Supreme Court judgement, five top judges of the apex court recommend transfer and elevation of judges to Supreme Court and 24 high courts.

According to the new Article 124(A) inserted in the Constitution, two eminent persons will be nominated to the Commission as members by the committee consisting of the Prime Minister, the Chief Justice of India and the Leader of Opposition in Lok Sabha or where there is no such LoP, then the leader of single largest Opposition party.

The NJAC will be headed by the Chief Justice of India. Two senior-most apex court judges, the two eminent persons and the law minister will be the members of the high-level panel.

The secretary (justice) in the union law ministry will be the convenor of the NJAC.

The AG had earlier argued before the three-judge bench that power of Parliament to make law was "plenary" and hence, the methodology adopted by the legislature in clearing the law on the floor of the House cannot be "tested" by the court.

Rohatgi had made the submission after noted jurists like F S Nariman and Anil Divan had contended that as per constitutional scheme, the NJAC Act should not have been passed ahead of enabling constitutional amendment.

Those opposing the new law on appointment of judges for higher judiciary had submitted that the issue should be referred to a Constitution Bench of five judges.

Petitioners SCAORA and BAI, represented by Nariman and Anil Divan respectively, had opposed the two Acts and sought that direction be passed to maintain status quo, saying the entire process would otherwise become irreversible.

However, SCBA president and senior advocate Dushyant Dave had strongly favoured the government on laws on appointment of judges in higher judiciary, saying there has been "unanimity" that the present mechanism has "serious pitfalls".

The signing of the two bills into a law by the President paved the way for scrapping of the over 20-year-old collegium system.