Amidst reports of snooping on family members of Netaji Subhash Chandra Bose by successive Congress governments for well over 20 years after Independence, the grand-children of India's most famous revolutionary leader want to discuss the matter with Prime Minister Narendra Modi on Sunday. 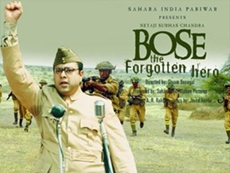 Chandra Kumar Bose, the grand-nephew of Netaji, told a news agency that the Bose clan would like to know ''why and under what circumstances the privacy of Bose family's was encroached on''.

Nehru died on 27 May 1964, but the spying continued for four years even after his death, the reports said.

Chandra Kumar Bose said his brother, Surya Bose, who stays in Hamburg, will meet PM Modi in Berlin tomorrow and discuss the issue. The PM is scheduled to visit Germany tomorrow as part of his foreign tour.

Chandra Kumar Bose has already demanded that the Narendra Modi government declassify the secret files related to Netaji and the clan.

"It is shocking. It is not an issue involving merely the family, but the entire nation, because several members of the family from Sarat Chandra Bose to Amiya Nath Bose as also Sisir Kumar Bose were prominent freedom fighters," Chandra Kumar Bose said on Friday.

Sugato Bose, another grand-nephew of the leader and Trinamool Congress Lok Sabha member, said a "great wrong" has been done by snooping on the family.