Despite the brouhaha over the 'pro-business' Narendra Modi government, India still languishes at 186th position in terms of ease of doing business. 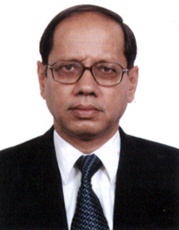 To address the problem, cabinet secretary Ajit Kumar Seth today held a meeting to review the progress made so far in realising Modi's 'make in India' agenda.

The government feels it has a limited role to play when it comes to enforcing contracts, and courts will have to be more proactive, according to a CNBC-TV18 report.

Secretary of the DIPP Amitabh Kant told the business channel that the Prime Minister wants India to become the easiest place to do business.

''We have scrapped a number of rules, regulations, procedures, paperwork but the important thing is to use technology to leapfrog, to converge, integrate different departments and we are working on that. That is taking a little more time. If this country has to grow at high rates of 9-10 per cent per annum year after year for the next the decades or more only way to do it is to make India the easiest place to do business,'' he said.

Other reports say several other issues related to improving ease of doing business in India, such as enforcement of contracts and registration of properties, were discussed at the meeting called by the cabinet secretary

"Ten major issues where India can work to improve the rankings were discussed at the meeting," an official said.

The commerce ministry is separately engaged with different departments, including revenue and shipping, to cut red tape in order to reduce transaction costs for exporters.

The Directorate General of Foreign Trade (DGFT), under the Commerce Ministry, aims at reducing the number of mandatory documents from seven to three (bill of lading, invoice and shipping bill) for exports, and from ten to three for imports by 31 March.

The DGFT has recently permitted online submission of documents to take Import-Export Code for traders.