Tamil Nadu CM Jayalalithaa convicted in assets case, may have to quit 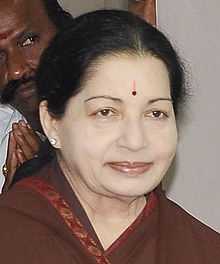 Tamil Nadu chief minister J Jayalalithaa has been found guilty by a special court in Bangalore in a disproportionate assets case which she has been fighting for 18 years.

She was convicted under the Prevention of Corruption Act, but the sentencing has been put off to later this afternoon.

As a result of the conviction, she will have to step down as the chief minister of Tamil Nadu.

The opposition DMK party is on alert against a backlash from Jayalalithaa's AIADMK cadres.

On a request from the DMK, the police have increased security at Anna Arivalayam, the headquarters of DMK, as well as two residences of former Tamil Nadu chief minister and DMK president M Karunanidhi along with the residence of DMK general secretary K Anbazhagan.

It was on Anbazhagan's petition that the case had been transferred to Bangalore by the Supreme Court.

At the same time, anticipating the verdict against Jayalalithaa, DMK supporters turned up in full force outside Karunanidhi's house and broke out in cheers and merry-making.

AIADMK supporters have been detained getting into the Bangalore special court to prevent protests against the case against their leader.