Who is running the show?

In the days ahead the new government will face a multitude of internal contradictions, pressures from self-interest groups, and events outside its control within the country and outside, says senior journalist and political commentator Kumar Ketkar 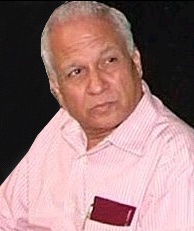 In the James Bond film, Tomorrow Never Dies, megalomaniac media baron Elliot Carver tries to take over the world, not through a military coup or raising a huge private army or capturing nuclear establishments, but by simply building a mammoth media empire.

To a certain extent, that megalomaniacal ambition manifests in real life too. The Orson Wells film Citizen Cain, the Hearst media empire to Rupert Murdoch and Ambanis in India are reflections of Elliot Carver in the Bond film.

In today's India, there are many such clusters, corporate or cultural (rather pseudo-cultural), media barons as well as religious-fundamentalist organisations, NGOs and self-styled think tanks who are trying to influence the Narendra Modi government's policies.

Not only within India, but even outside India, there are many agencies, state and non-state actors, who see an unprecedented opportunity in the country after the Modi-led BJP came to power. The NDA partners of the BJP, though subservient to Narendra Modi personally, are also trying to implement their agendas through the government.

So who is really in-charge in India? Who decides policies? Who minds the store?

To quote Mao Tse Tung (Mao Ze Dong, if you please), there are multiple contradictions in the current system and they are bound to flare up sooner or later.

What are these contradictions and by which forces are they being governed?

At the outset, we must note that the BJP has received just 31 per cent of the total votes polled and managed to win 282 seats. With the same percentage of votes, the Congress managed to win 206 (76 fewer) seats in 2009. And, Mrs Indira Gandhi had to garner about 42 per cent votes to get almost the same number (283) of seats in 1967.

Whenever there is such a steep and non-representative difference between the number of seats and the votes polled, discontent grows outside conventional politics. Neither  media professionals nor the media barons comprehend the complex contradictions. They too will remain helpless bystanders as India becomes a dysfunctional anarchy, and not the "functioning anarchy" that J K Galbraith fondly described the country as in the '60s.

In the period between 1967 and 1971, the first ever Naxalite revolt shook the nation. The Congress was split. The Grand Alliance of the Swatantra Party, the Jan Sangh, the Syndicate Congress and the Socialists was formed with hardly any ideological glue to hold it together. Indira Gandhi routed this Alliance with a stunning victory, winning almost 100
more seats than today's Modi-led BJP.

But, that was also a non-representative majority. With this victory, she became supposedly the most powerful leader in the country, who ten months later took on Pakistan and helped create Bangladesh. She came to be described as Durga in India and "Empress" in the West.

But the Empress could not stay in control even for two years. In 1973, that is just two years after those sensational victories (one in the elections, the other in war), she faced a nationwide unrest led by Jaiprakash Narain.

Ironically, the epicentre of that explosive discontent was Gujarat. That was followed by a countrywide railway strike. The same period saw the world's worst drought and famine.

The year 1973 also exploded with the outbreak of the Arab-Israel war, which led to an unprecedented rise in petroleum prices, forcing the Indian economy into a downward spiral.

All this and much more happened outside conventional parliamentary and party politics - despite the presence of a towering (authoritarian) political leader at the helm.

The point is, there are contradictions within and outside, which could surface and, perhaps, cause the so-called 'achhe-din' [happy days] feeling to evaporate.

The Naxalite discontent is only one manifestation of it. Then there is the RSS agenda on one side and the corporate, neo-liberal agenda on the other. The VHP and the Bajarang Dal have already begun to spread their vicious tentacles all over, and to counter that, Muslim fundamentalism could rise, straining the communal fabric of the county. The frightening march of the ISIS in Iraq and America's inability to control the mayhem and massacre there, will influence not only petroleum politics but also religious politics in India.

The Congress and the other opposition parties may or or may not be able to channelise this discontent to their advantage, but that will not stop frustration and anger from building up as in 1971 (when Mrs Indira Gandhii was at the peak of her popularity, like Mr Modi today)  and 1975, when the State (Mrs Gandhi) had to assert its authority by declaring the Emergency. But Mrs Gandhi could not ride out that anger by 1977, when the emergency was lifted and elections were held.

The point is that current popularity does not guarantee popularity in the future as well.

When the authoritarian State cannot control the situation and the discontent goes underground, the State becomes more helpless. Fissiparous tendencies in different parts of India, the disintegrational tendencies within and explosive situations in neighboring countries cannot be controlled by the rhetoric of achhe din or by Good Neighbourliness.

Neighbours too have their contradictions. The State cannot control the so called non-state actors into whose hands the world is increasingly slipping into.

It is not a question of mere "governance" or "strong, decisive leadership". It is a political trapeze act, which neither the self-styled Chanakyas of the RSS know nor the messiah-who-has-become-PM can perform. Soon we could have less and less governance and more and more authoritarian (mis) rule!