Jaitley hints at `bold decisions' in budget to revive economy

Finance minister Arun Jaitley on Tuesday said the government would take bold decisions and pursue the path of fiscal prudence to revive economy, indicating that his maiden budget next week will not indulge in 'mindless populism'. 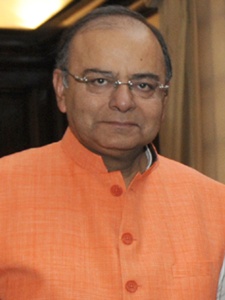 With a high fiscal deficit, inflation that is beyond acceptable limits and the new oil shock from the Iraq crisis looming large on the economy, he said the challenges before the country are great.

The finance minister was addressing a function of the Institute of Chartered Accountants of India (ICAI) in New Delhi.

"If you indulge in mindless populism you burden the exchequer...You convert yourself into a high taxation society. It does not work. Therefore, if you have to follow a path of fiscal prudence have a certain amount of discipline," Jaitley said.

He also pointed to the rate of inflation that was "still beyond the acceptable limits."

Although the inflation level is somewhat lower compared to last year, he said, it had risen to a five-month high of 6.01 per cent in May and there was likelihood of prices moving up further in view of predictions of below normal monsoon.

Jaitley, however, said foreign investors are now more optimistic on the Indian economy and are ready for "bold decision-making."

"You have a loss of credibility in the Indian economy. The fact that the world suspects we don't have a stable tax regime itself has dissuaded investors.

"Just as policy paralysis was unknown to our governance vocabulary, the other new addition which I have been reading comments from independent observers...Is tax terrorism."

Jaitley said India is passing through a difficult situation of high fiscal deficit, inflation coupled with two years of sub-five per cent growth and only "ill informed" opinion will support populist economic policies.

"It will be a one-way pat in the back by an ill-informed opinion and perhaps a long-term journey...We will walk into peril. That is a trap that will be difficult to get out of...," the minister added.