PM, Sonia take oath as MPs along with many political heavyweights 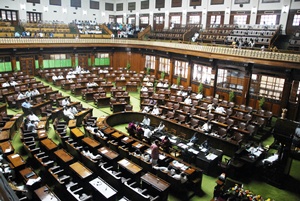 Devjibhai Fatehpura, a Bharatiya Janata Party MP from Gujarat, actually performed a traditional Gujarati jig before he was sworn in.

The first sitting of the 16th Lok Sabha was adjourned for the day on Wednesday in condolence of the death of union minister Gopinath Munde.

Sumitra Mahajan will be officially appointed as the Speaker of the Lok Sabha on Friday.

The first session of the new Lok Sabha is scheduled to end on 11 June. President Pranab Mukherjee will address to a joint session of Parliament next Monday.