CBI gets hard words from Gopal Gandhi on 50th anniversary

The Central Bureau of Investigation is red-faced over its decision to invite former West Bengal Governor Gopalkrishna Gandhi, a reputed former civil servant and diplomat, as guest speaker on its 50th anniversary, as Gandhi used the occasion to tear into the functioning of India's premier investigation agency. 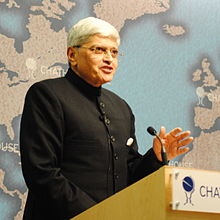 Delivering the D P Kohli Memorial Lecture in New Delhi today, Gandhi – grandson of the Mahatma who led India to independence – referred to the CBI as ''the department of dirty tricks'', among other things.

"The CBI has a very mixed image  it is seen as the government's hatchet man, rather than honesty's ally. It is often called DDT - the department of dirty tricks, clothed in opacity with a perfume of mystery,'' Gandhi said in the presence of CBI director Ranjit Sinha and his colleagues.

Gandhi highlighted the problem of the agency attacking decisions made by former bureaucrats and spreading leaks in the media, which according to him has led to policy paralysis at several levels in the government as well as the undermining of innocent reputations.

"There is justified criticism of CBI highhandedness and lack of sensitivity to loss of reputation of senior members of the bureaucracy, against whom needless inquiries can be initiated. There is a temptation to bring down the reputation of civil servants through unethical leaks to the media in real time during the course of the investigation," he said.

Gandhi also said that CBI should be able to say no to "in-service lollipops or post-retirement cookies".

"The director, CBI should be a phenomenal instrument, not a self-operating robot. He and his bureau should be guardians of the law, never a law unto themselves," Gandhi said.

He agreed to the obvious – that politicians would never like an autonomous CBI and would try various methods to influence or intimidate CBI officials. He said it was up to the agency said to resist such pressures.

Gandhi also said the CBI should be autonomous but not unaccountable to the people. "At present, the CBI and the people of India are poles apart. The CBI is clothed in opacity, then ornamented by secrecy and finally perfumed by mystery. It is important, therefore, that the CBI establishes a partnership with the people of India," he said.

Gandhi pointed out that for a short time, the CBI came under the RTI Act but that was soon reversed. "This is a great pity. The CBI is about investigation into corruption and crimes. It is not a security or intelligence agency. And even if some aspects of its investigation needed protection against disclosure, there are enough provisions under the RTI Act's exemption clauses to have come to the CBI's aid," he said.

''We used to talk of black money as a parallel economy, and so it continues to be. But Reliance is a parallel state. I do not know of any country where one single firm exercises such power so brazenly over the natural resources, financial resources, professional resources, and ultimately, over human resources as the company of the Ambanis.

From [B R] Ambedkar who spoke of economic democracy to Ambani who represents a techno-commercial monopoly of unprecedented scale, it is a far cry indeed,'' he said.